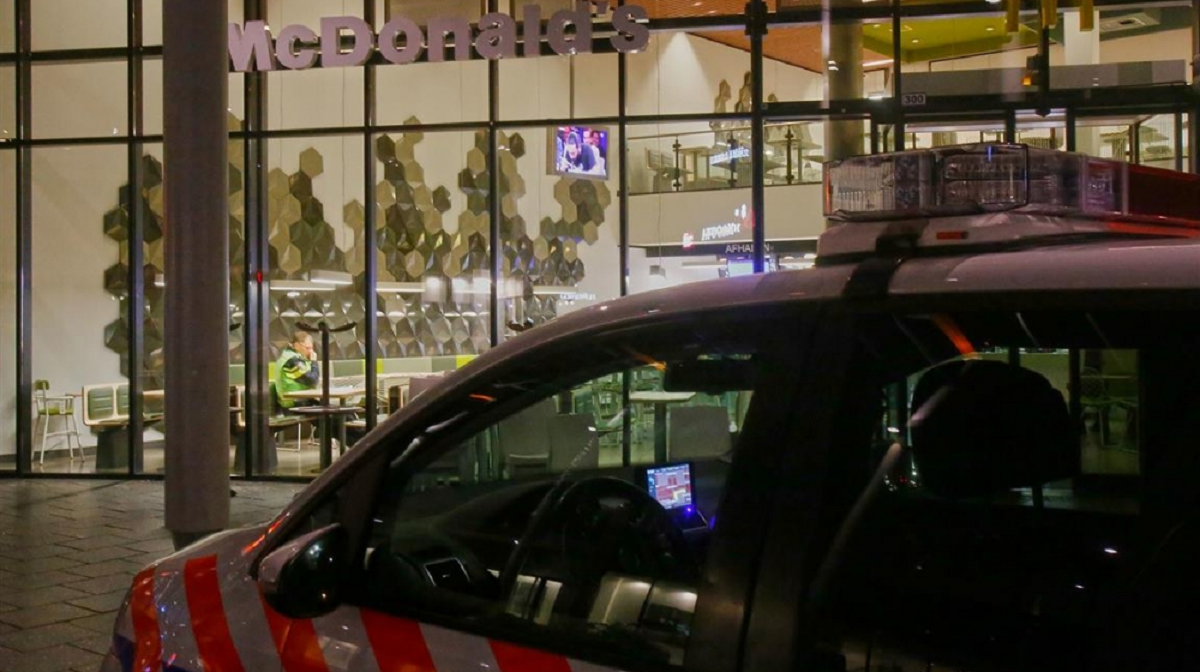 A armed robbery occurred at the McDonald’s in the Woensel Shopping Centre on Thursday evening.

Two armed men apparently entered the fast-food restaurant around closing time. One stayed on his scooter in the entrance, the other walked in and hit a self-service machine with a hard object. The machine was damaged.

The approximately ten costumers that were present at the time had to lay down on the floor, according to a witness. The perpetrator proceeded to the till and threatened the present staff with a firearm. After he succeeded in taking, a yet unknown amount of, money he jumped on the back of the waiting scooter and the two fled the scene.

Nobody was injured during the incident. The police have started an investigation. Witnesses and staff were interviewed and images from security cameras were secured. A bulletin with a description of the suspects was also distributed to residents in the neighbourhood, and social media users via Burgernet.