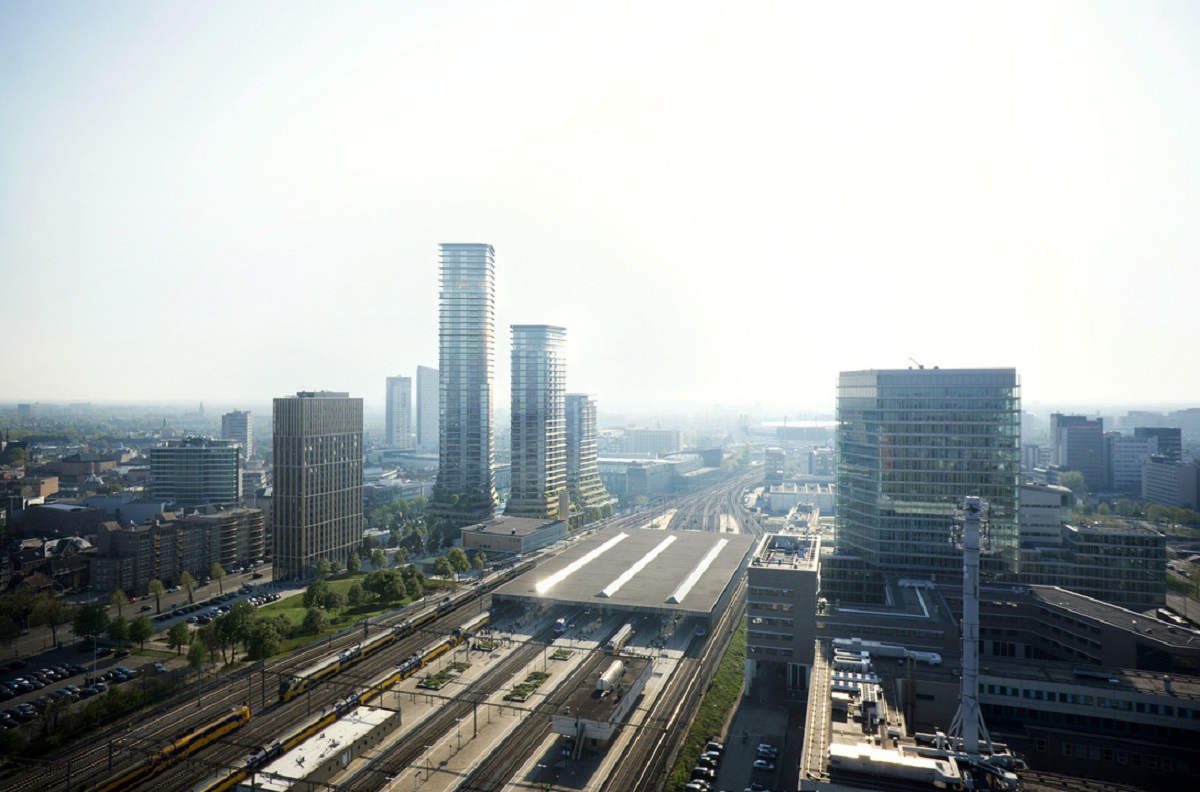 The city of Eindhoven and Amvest have signed an agreement regarding District E. The contract allows, amongst others things, for the sale of the land, in the vicinity of Eindhoven station, where three towers are to be build.

The first public meeting about the new station district will take place on 11 January. This will be held at the Effenaar, and all interested parties can meet and talk about District E. Talks between Amvest and the city council as well as those parties around Stationsplein that are directly impacted, are already ongoing.

From January to April, Amvest and the city council will, together with those involved and interested, develop the plans to form a design sketch. On the basis of that an official development plan will be made.

Amvest won the tender for development of the Stationsplein in June. The plan for District E consists of three towers of 76, 100 and 158 metres. They will have 450 residences that can be bought or rented in various price ranges. There will also be space available for bars, restaurants, offices and exhibition facilities.

The construction of the new station area will begin next year and is scheduled to be completed in 2021.