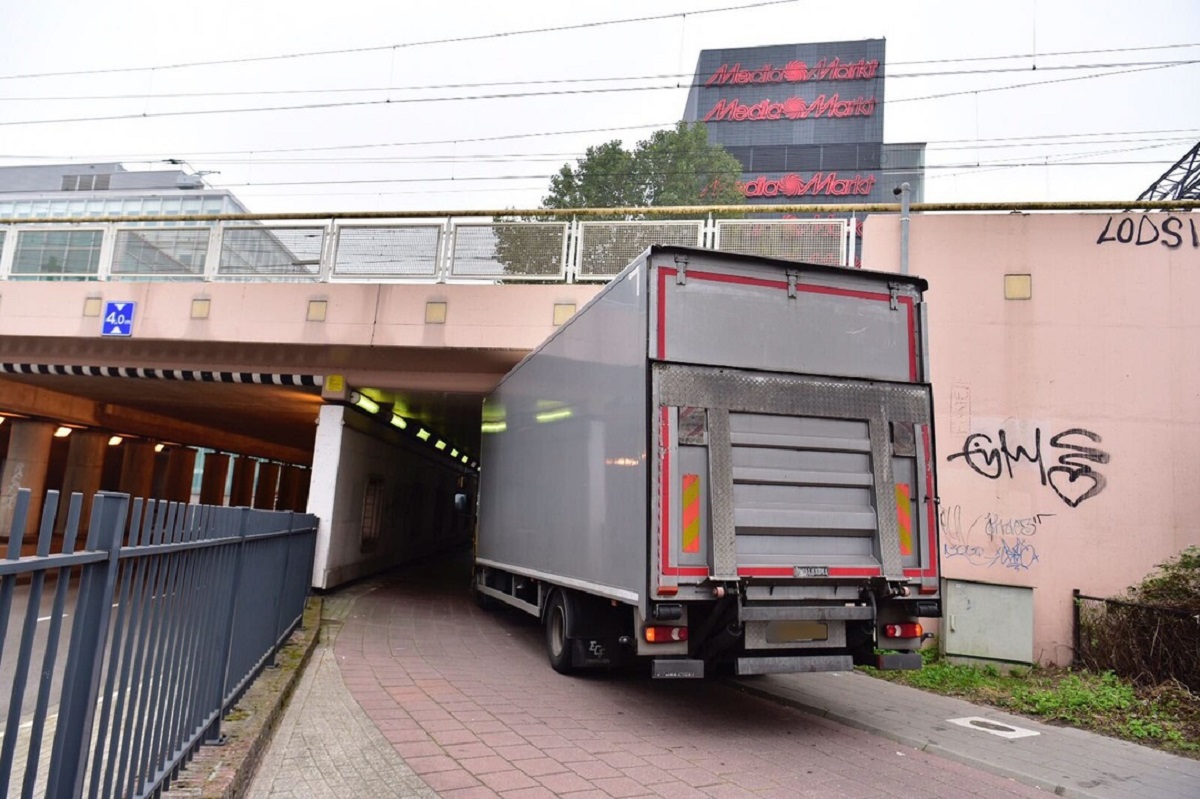 A truck managed to get stuck in the Boschdijk tunnel in the centre of Eindhoven this morning. The vehicle got stuck in the tube intended for cyclists.

The truck got wedged against the concrete ceiling as the cyclists’ tunnel, as its height was not enough to let it pass without problems. The lorry’s female driver was surprised there were no warning signs.