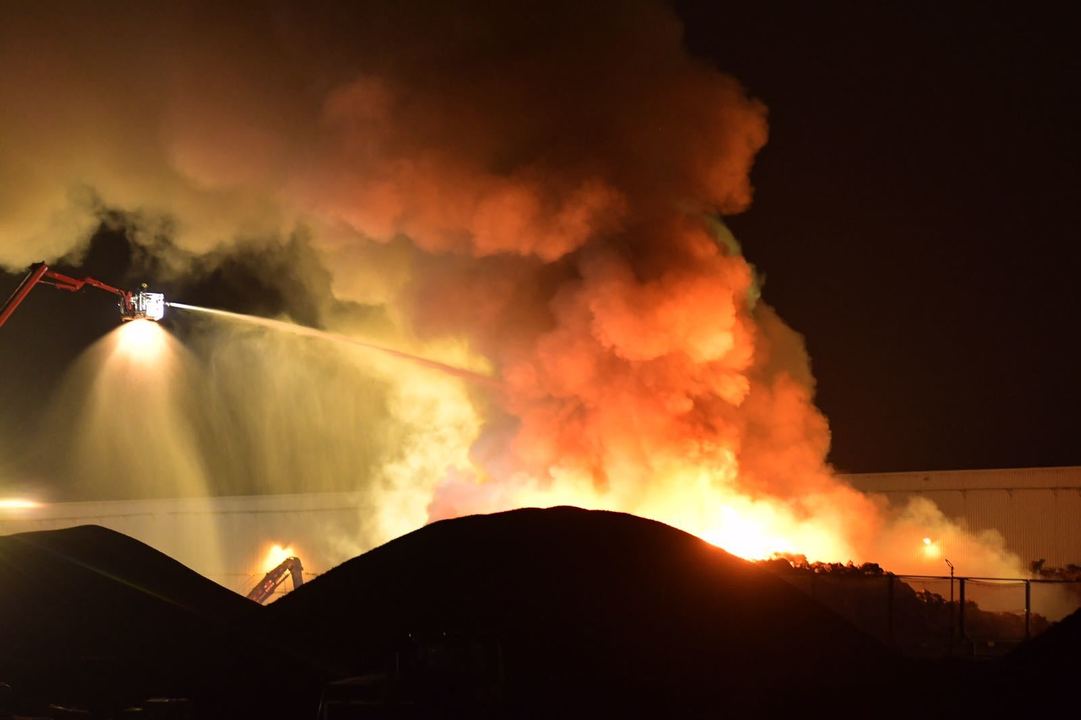 A large fire raged at Baetsen recycling company on Ekkersrijt in Son last night. A 5000 cubic meter mountain of waste of was on fire.

The fire brigade was trying to extinguish the fire with four vehicles and two work platforms. At the beginning of the night the fire was under control, but putting it out took all night.

The police had sent out a NL Alert. Local residents were advised to keep windows and doors closed. Plumes of smoke could be seen in the spacious area. Despite an odor, measurements showed that no harmful substances were released.

Motorists on the A2 near Best were limited to 90km/h Tuesday night due to the smoke.

Fire also broke out at Baetsen a year ago, on two separate occasions within a week and a half. Among others a demolition waste mountain was on fire then.