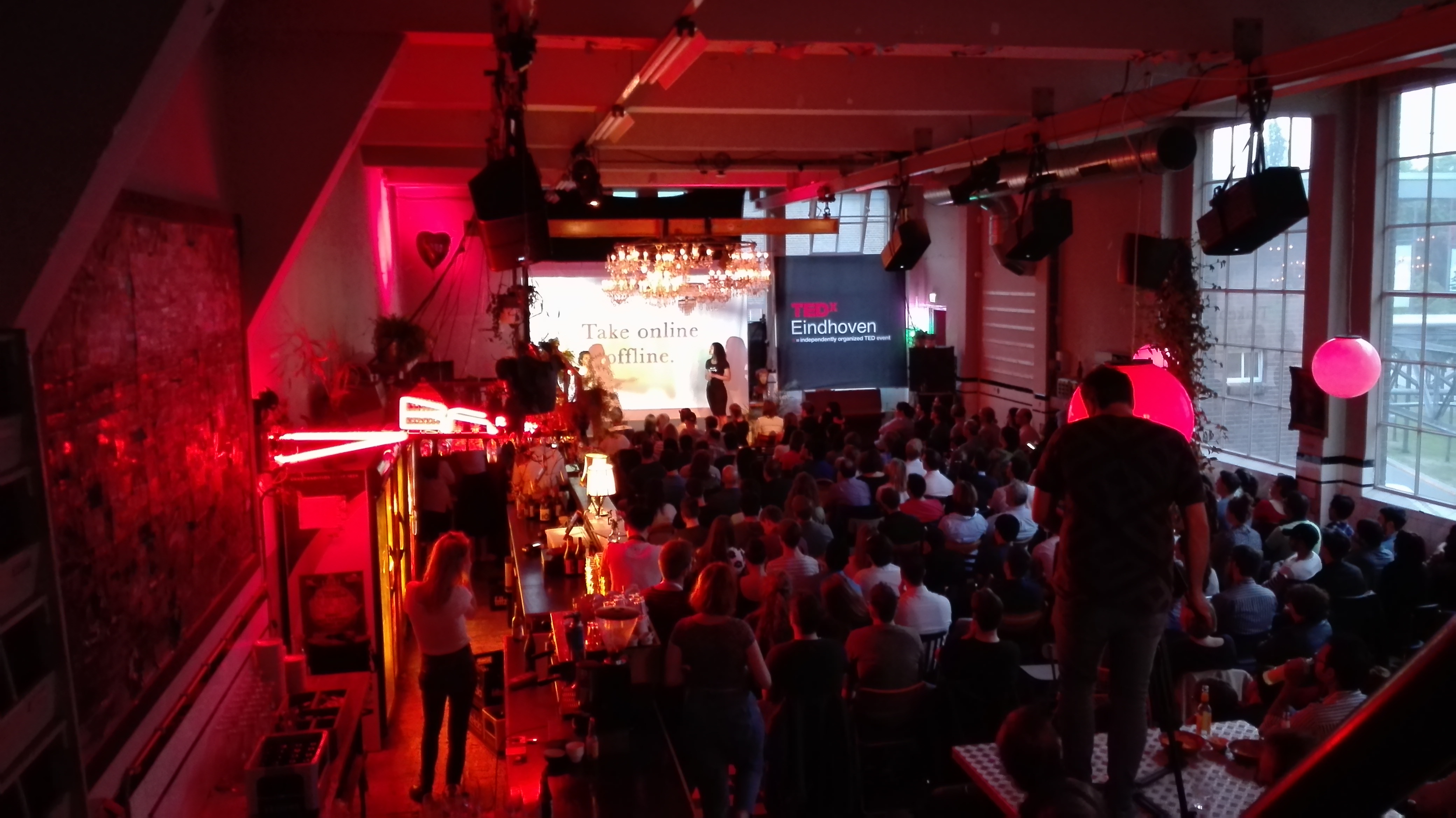 The TEDx Eindhoven 2017 pitch event was held at Het Ketelhuis in the Strijp district on Monday night.

Czech pitcher Eliska Slovakova kicked off the evening with some audience participation, bouncing inflatable balls out to audience members to introduce her topic, creative brainstorming. Next up was Youth Care student Victor van Rossum, who spoke candidly of his struggle with addiction and subsequent recovery.

Actress, presenter, and engineer Ineke Noordhuizen used her pitch to remind the audience that it’s not all about work – having fun is just as important, she explained in her talk about the power of play.

During the event audience members were asked to rate each pitch with a score of 1-5 using a smartphone app, with Brainport citizen Lotte Geertsen receiving the audience award for her pitch on idea sharing.

After the first of two half-hour breaks, job coach and hospitality enthusiast Mats Frijters talked about his vision for improving the world around us through social hospitality. Inge van de Vorst, owner of self-help centre De Liefdesdokter (Love Doctor), spoke about love and the importance of forming connections with those around us.

Other creative pitches included artist Mats Horbach, owner of Atelier Mats, whose topic was Understanding Technology, and Art Director Danny Stirn, who talked about individualism and “discrimination of visual subcultures”.

The winning pitch, chosen by a panel of 4 judges, was announced after the second break. Frank van Valkenhoef was invited by the judges to speak at the main TEDx Eindhoven event in November. The panel added that Frank’s idea “was deemed the most original and by far the most pressing and attuned to our current times”.

The TEDx Eindhoven event will be held on Friday 10 November at the Klokgebouw, also in the Strijp area.