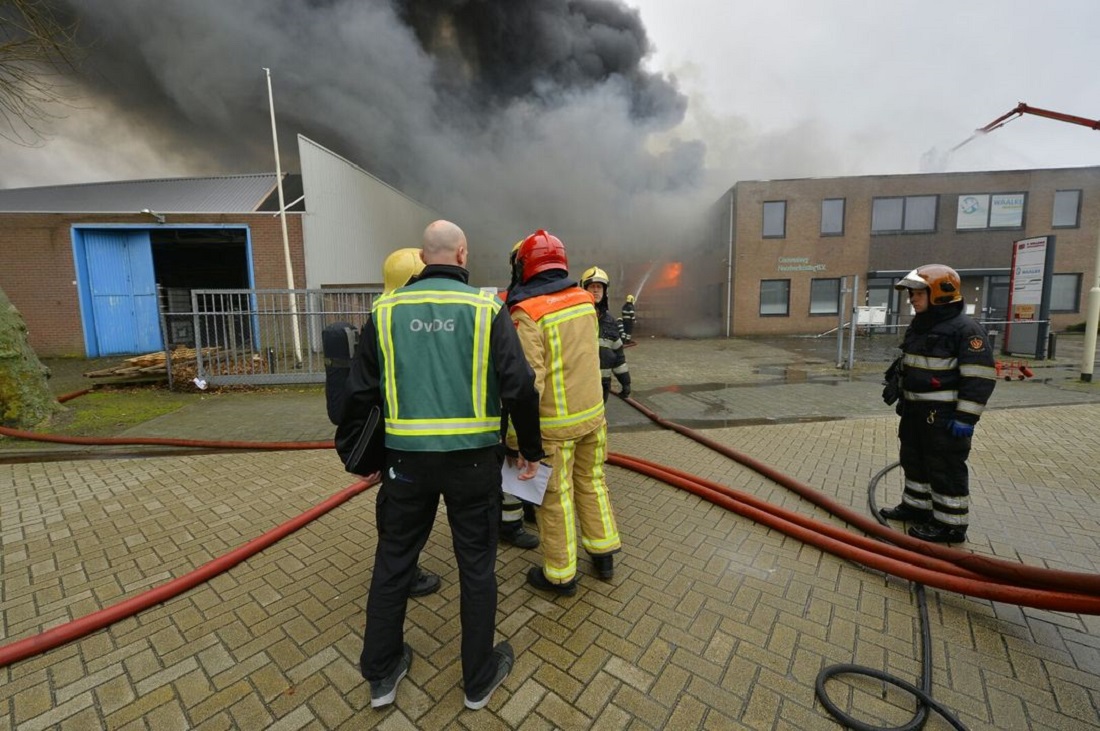 Yesterday a big blaze was burning in Waalre. The fire started at 10:15 at industrial estate De Voldijn. Very quickly the fire was upgraded to big fire and shortly thereafter to very big fire. The fire was blazing and in the surrounding area big black smoke clouds were visible.

The whole industrial estate was closed off. Several companies were established at the building, Willems Elektrotechniek, Couwen Noodverlichting (emergengy lighting) and Schoonmaakbedrijf Waalre (cleaning company). Because of the fire the roof of the building had collapsed.

The fire was under control in the afternoon. The fire brigade committed about a hundred men personnel to control the fire. People were advised to close their doors and windows because of the smoke, which took a while, because the building was immediately demolished yesterday afternoon.