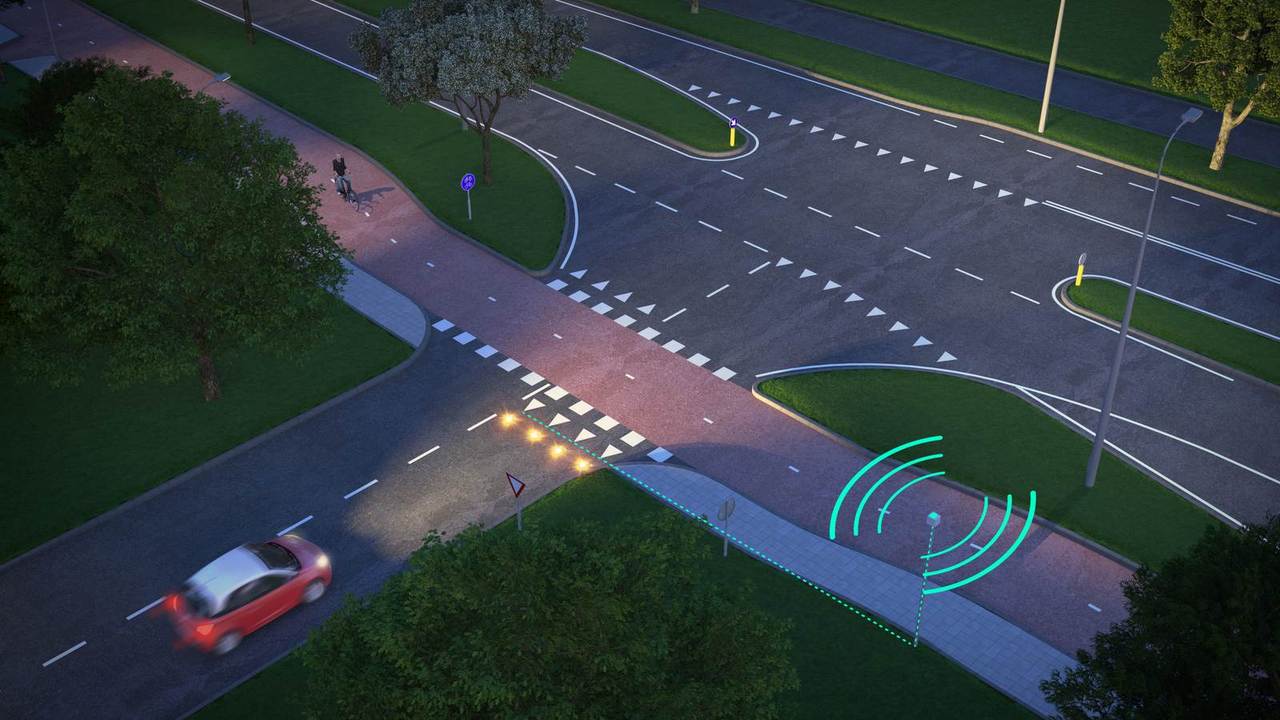 A device known as a Bikescout has been deployed on the TU/e grounds. It is hoped that it will reduce the number of accidents between cyclists and motorists on the grounds.

A Bikescout is a detection system which monitors whether or not cyclists are approaching. Led lamps in the asphalt warn motorists approaching the junction of the presence of cyclists. The system on the TU/e grounds was funded by the university and the Municipal Council, and installed by Bouwbedrijf Heijmans construction company.

This is not the first Bikescout to be installed in Eindhoven: that was at the junction of the Meerenakkerweg and Kasteellaan.