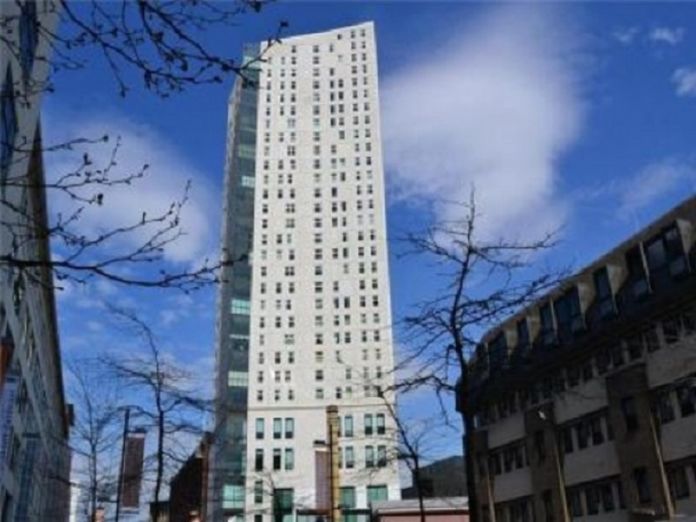 A video appeared on photo and video sharing website Dumpert today showing an illegal firework being thrown from a window of the Admirant shopping centre.

The video shows a so-called ‘banana bomb’ – nitrate sandwiched between two bananas – being thrown out of a window on one of the building’s highest floors.

The video can be seen here. It is unclear when the video was recorded, and none of the individuals shown have been identified.