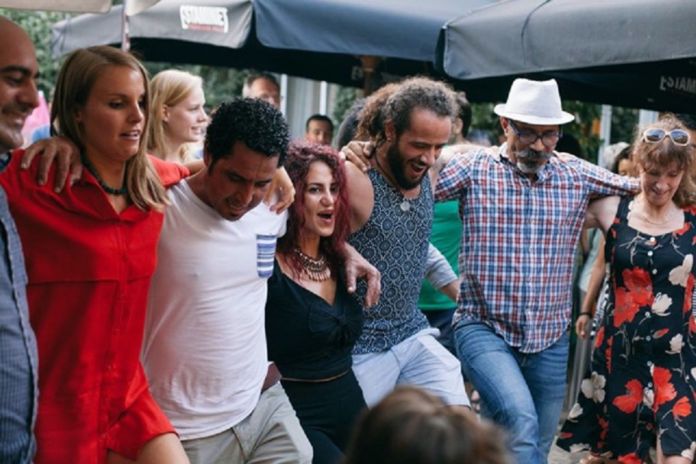 New Neighbours Eindhoven, conceptualized and organized by Jeroen Van Aalst, a local schoolteacher, with help from his students, Syrian refugees, and local government, was an event meant to break the ice and encourage the building of a new community among unlikely and unfamiliar neighbors.

The event, held in the garden of TAC (Temporary Art Center) in late August, was attended by about 700 Syrian refugees, Dutch citizens and other internationals living in Eindhoven. Exhibits and activities included 2 musical acts, a Syrian artists’ exhibition, Syrian poetry reading, children’s activities provided by Vluchtelingenwerk (a Dutch organization helping refugees with integration projects and support), and the public premier of a documentary entitled Article 13, by Luca Paroni.

Article 13 follows the stories of two Syrian refugees who made it though the asylum process in The Netherlands, as well as documenting the plight and circumstances of those who do not make it through the process. The film also includes interviews with several politicians.

Van Aalst and Paroni have both received positive feedback for their efforts; including many people who wish to get involved in future events.

Here you can find photos on the New Neighbours Facebook page. The images captured an afternoon of dance, food, smiles, warm conversations and fellowship.