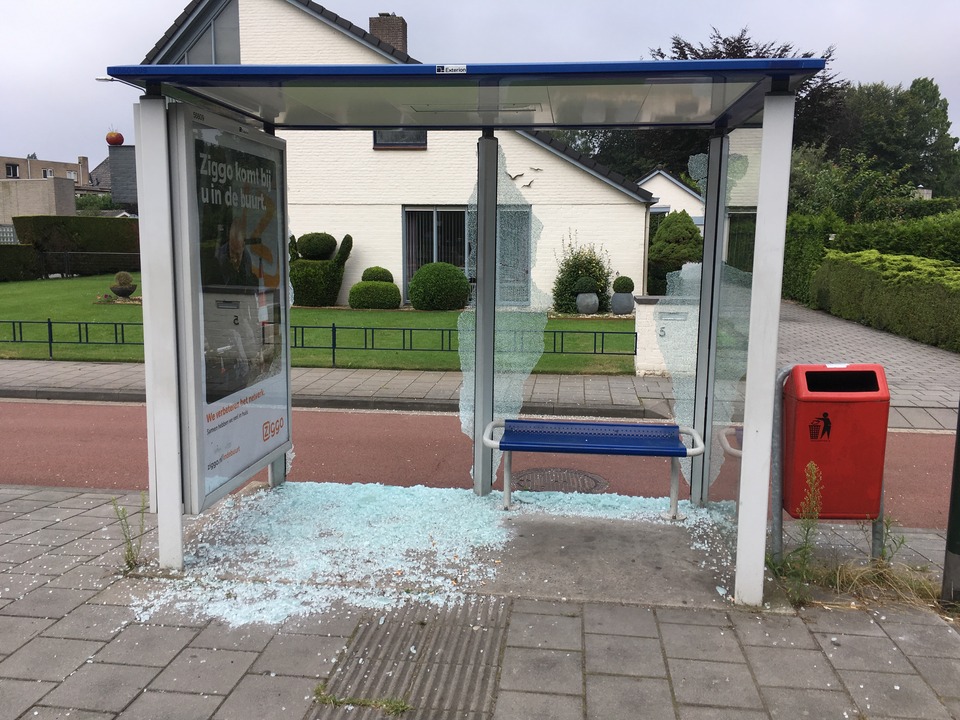 A group of youngsters has left a trail of destruction in its path on Thursday evening in Geldrop-Mierlo.

From the church at de Eindhovenseweg until de Heuvel, windows have been smashed and a fire was started near the stadium of Geldrop Uit. This is a location of an event in the town centre. The fire service had to be called out to deal with the fire.

In addition windows of several cars were broken and a lot of stuff was thrown all over the ground. Beer bottles and other waste lay all over the town centre.

The police has initiated their investigation into the incident.