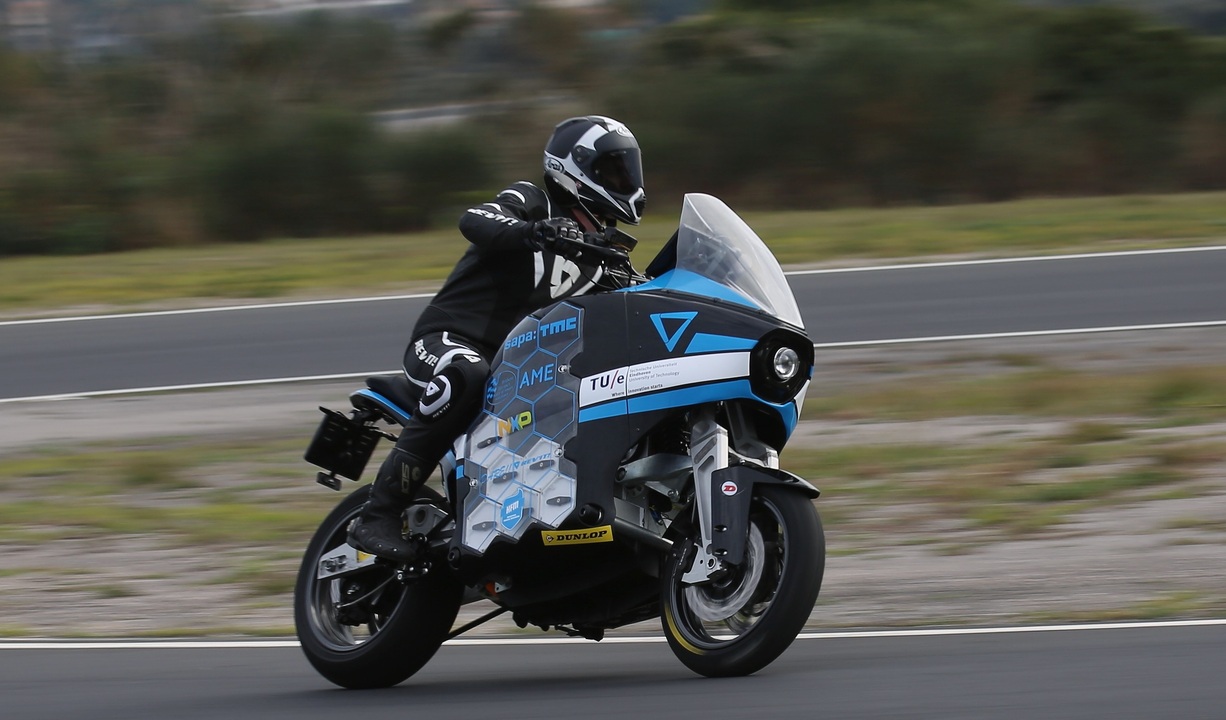 Today students from TU-Eindhoven present their electrical motorbike Storm. They have planned to travel around the world in 80 days with this sustainable motorbike which they developed themselves.

Since 2014 the students have been working on Storm. The engine is silent, uses little energy and is able to drive about 400 km without recharging batteries.

As of August 14th the student team will depart from Eindhoven. They will travel on the northern hemisphere through Europe, Asia and North-America. Their travel distance will be about 26.000 km.