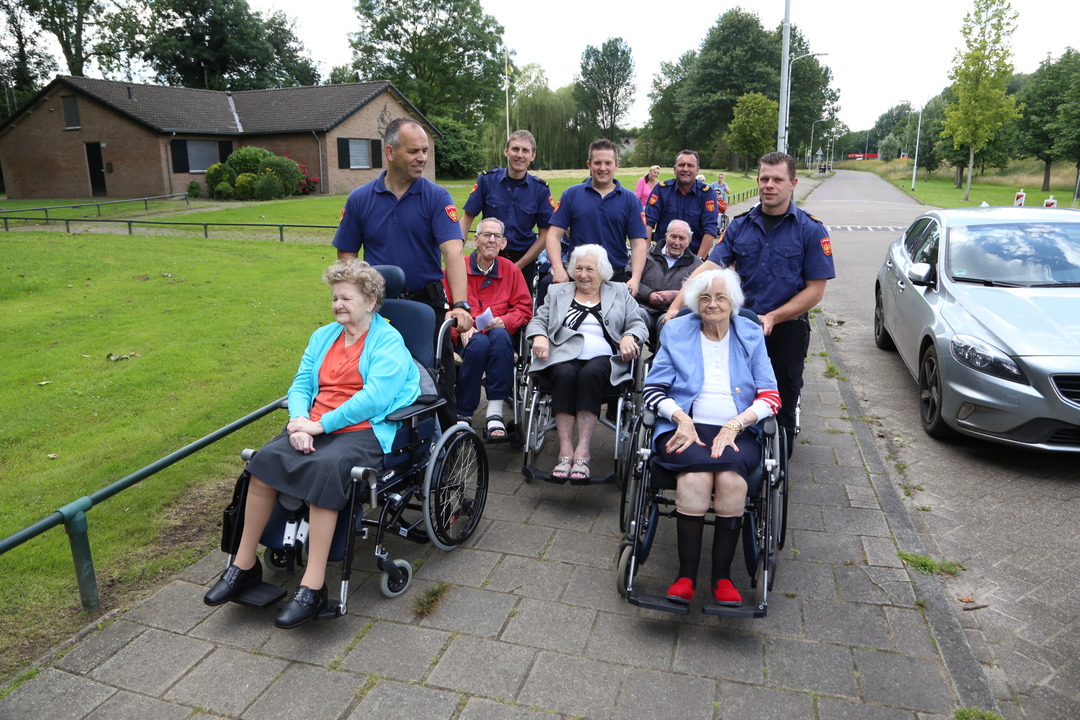 The Fire Brigade of Eindhoven took action for a better pension. Instead of making lots of noise and showing banners on the streets they presented themselves in a positive way by helping seniors.

At care-home Vonderhof at Strijp, the firefighters played keno with the residents. At care-center Wissehaege they went for a walk with the seniors.

This campaign of the Eindhoven Fire Brigade is part of a nationwide protest of firefighters against extending their age of retirement. In the past they could retire at an earlier age than others because of the heavy physical and mental load of their work as was addressed in a special regulation. This regulation has been changed and they lost that benefit. The firefighters want the original regulation back.

Actions are already going on for one and a half week. Only emergency-cases will be addressed.