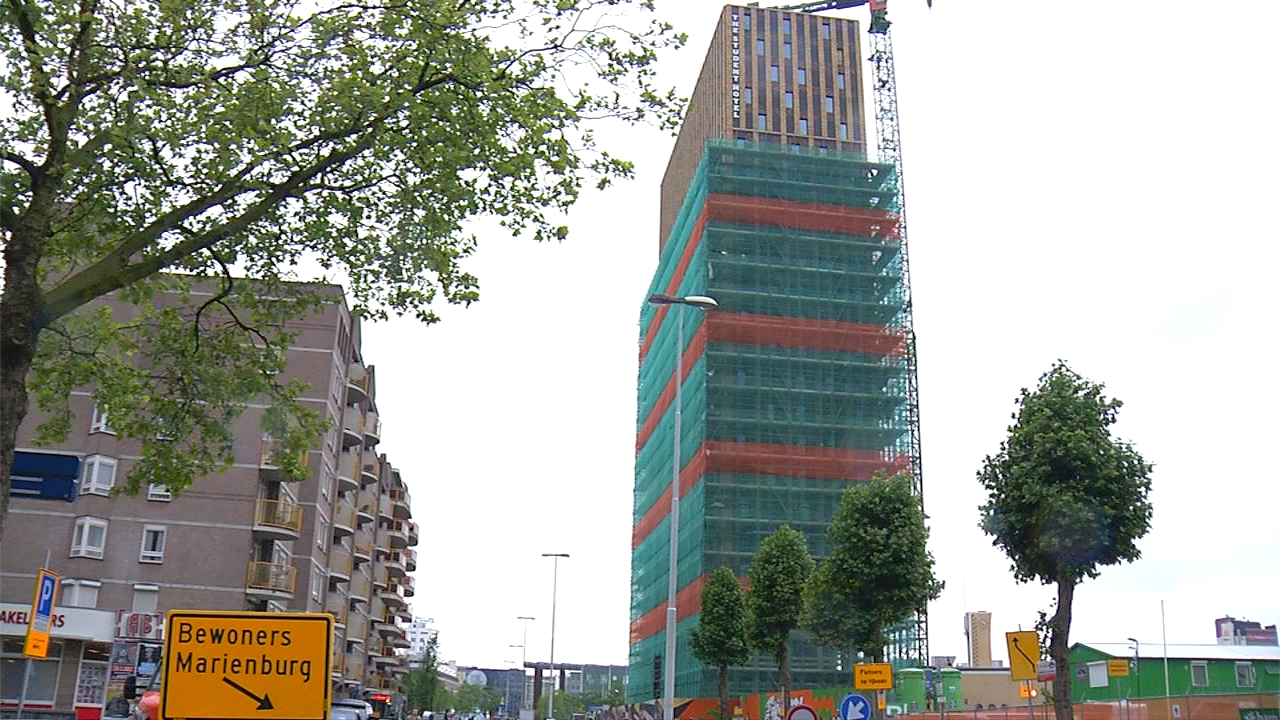 It is starting to make its appearance: the new Student Hotel that is being build next to the station. The scaffolding is slowly being phased out and a new landmark in the city center, on the site of the former post office, is becomes visible.

It should actually have been opened next month, but that was a bit too optimistic. The opening is now scheduled for December of this year. The Student Hotel is a budget hotel with rooms per night. There is also long-term rental possible, which can be used for exchange students from the TU/e, for example. The hotel will have 400 rooms, and on the ground floor restaurants, lounges, auditorium, fitness and study/workshop spaces. At 80 meters and 25 floors, it will be the 6th highest building in Eindhoven