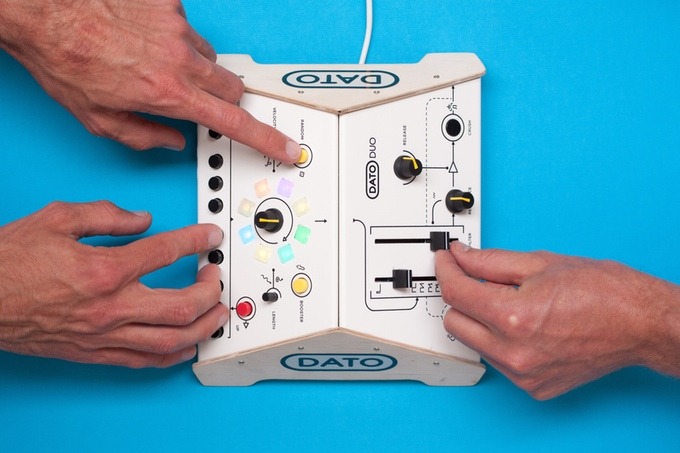 The Dato [/url=1]DUO[/url] is a synthesizer and sequencer in a single electric instrument. It is a start-up of former TU/e student David Menting and designer Toon Welling.

The gadget can be played simultaneously by two people. It is meant for children and their parents. The device allows users live customization of their music. David Menting studied Industrial Design at the Technical University in Eindhoven. He founded the kickstarter and even was picked as ‘Project of the Day’. Since then the project has accelerated to raising almost 70,000 euros, exceeding the 60.000 euro target.