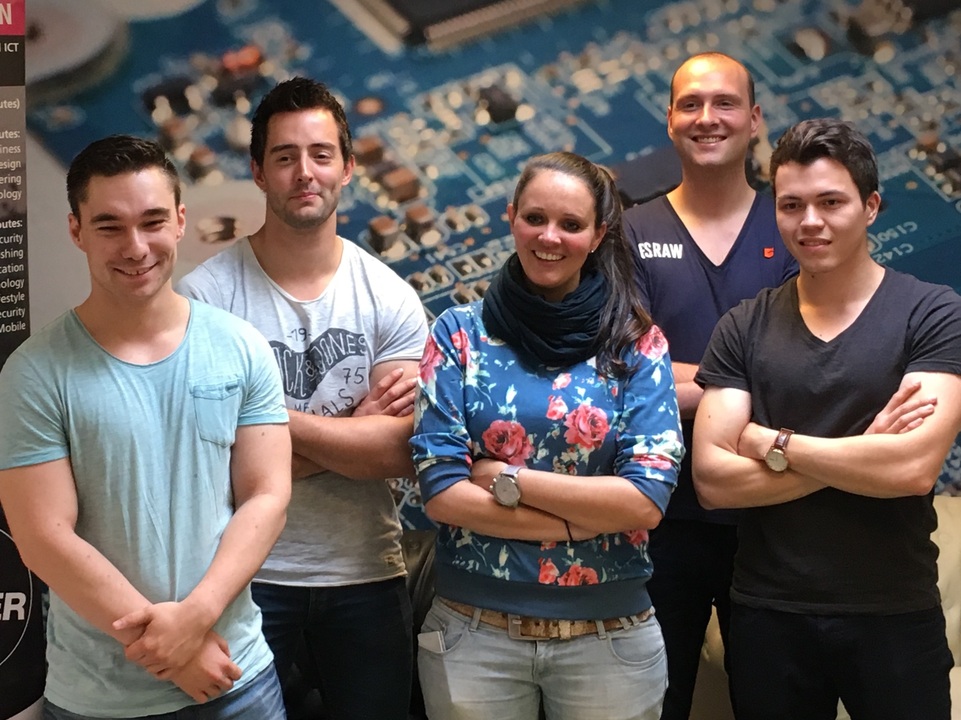 The student team ‘DreamIT ” of the Fontys College in Eindhoven has won the ProjectB Challenge. They won the prize with their ‘Siemie and Koko’ app that tells children what awaits them if they have to go to the hospital.

The ProjectB Challenge is an idea from the IT company [url=2}Sogeti Nederland[/url]. Computer science students from the entire country where asked to invent innovative ideas to improve health care.

Sieme and Koko are two cartoon figures, a little boy with a huge quiff and blue parrot with a big head. The idea works like this: A child must undergo a particular operation. With the comic book of Siemie and Koko the parent can read what is going to happen. Then some pictures can be scanned with an app on a tablet or smartphone. When the picture is scanned, a videos appears as augmented reality, with the cartoon characters explaining, for example, how an infusion is applied. In addition, children can play games like memory in the app.

The application was developed in collaboration with the St. Anna Hospital in Geldrop. From September it will be tested live and the aim is to also involve other hospitals from the region.