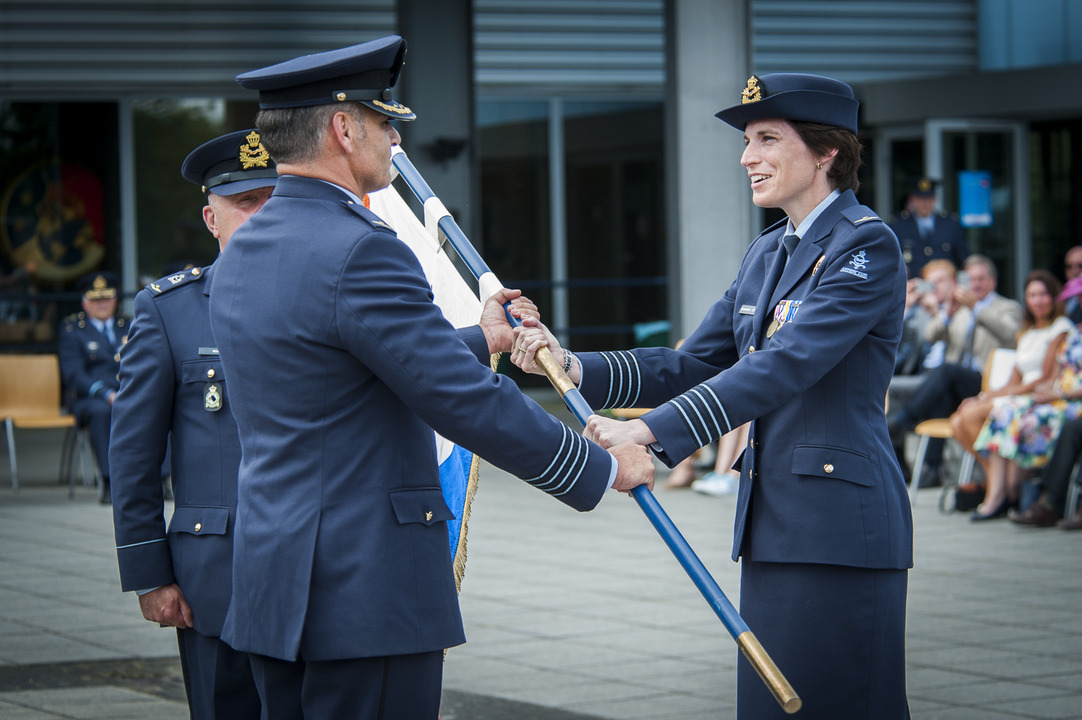 Colonel Elanor Boekholt-O’Sullivan is officially commander at Eindhoven Air Base. In a special ceremony she took over control from Colonel Johan van Soest.

It is the first time a female commander sways the scepter at the airbase. It is also the first time that it is not an aviator. Commander Boekholt-O’Sullivan said during the ceremony that she was looking forward to her new role: "I can not wait to start so that I can be part of this successful team, to contribute to peace, security and freedom together."

During the handover ceremony departing commander Van Soest reflected on the three years he was in charge of Eindhoven Air Base. The ceremonies for the victims of the MH17 disaster in particular are still clear in mind: "It was a special, but also very sad time for all of us, the images burned on our retina and for ever in our hearts."

Van Soest thanked all employees of the Air Base for their "tireless dedication and loyalty."