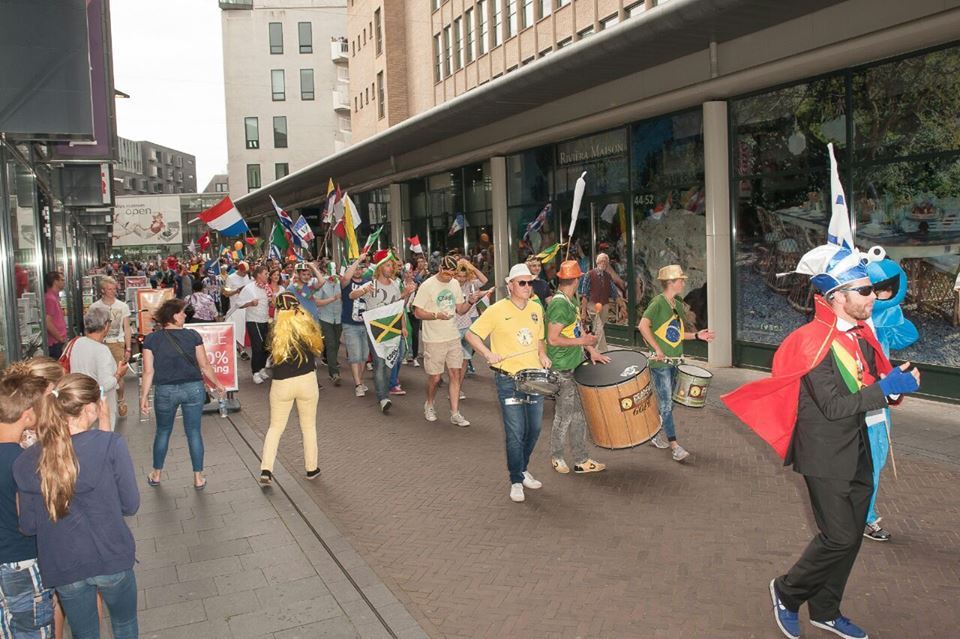 The International Festival on 12th of June, 2016 in Eindhoven, starts with a colourful musical street parade with all internationals and artists dressed in their traditional costumes.

The market square (‘Markt’) at the statue of Frits Philips, icon of the city of Eindhoven, is the meeting point at 12:00.
Samba band Xamba H will lead the parade. To the tunes of their drums and samba rhythms, the whole procession will march from the ‘Markt’ across the ‘International Boulevard’ – Vestdijk, to the event site (the Hub-VDMA-Holland Expat Center South area).
There the International Festival, ‘I am not a tourist’ Expat Fair and the Expat Spouse Career Event takes place.

If you like to join the street parade, you have to be at 12:00 at the Frits Philips statue on the ‘Markt’ in the center of Eindhoven.