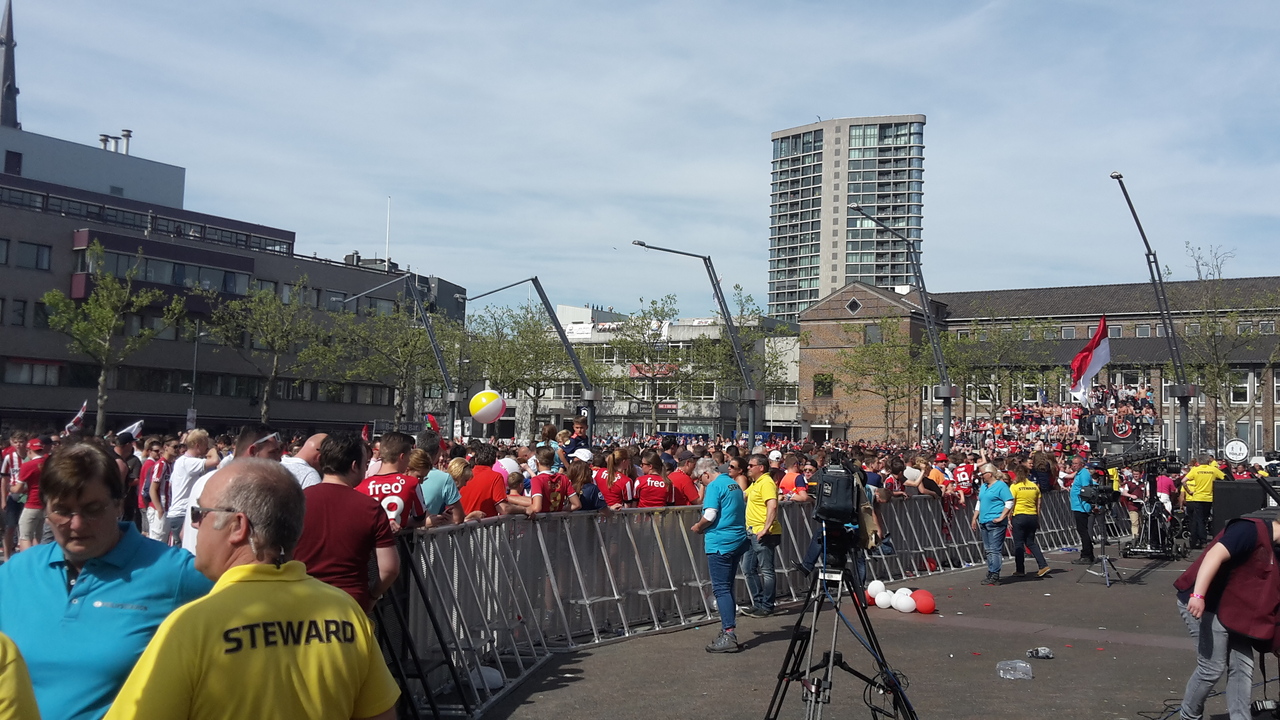 In most cases they were arrested because of not following police instructions. Such as a group of supporters that tried to break through a couple of fences to get closer to the festivities.

During the start of the evening there were an estimated 100.000 persons in the city centre to witness the special celebration of the PSV champion football team.

Overall the champion festivities went smoothly. There were no fights in the Eindhoven city centre and the general mood was great.