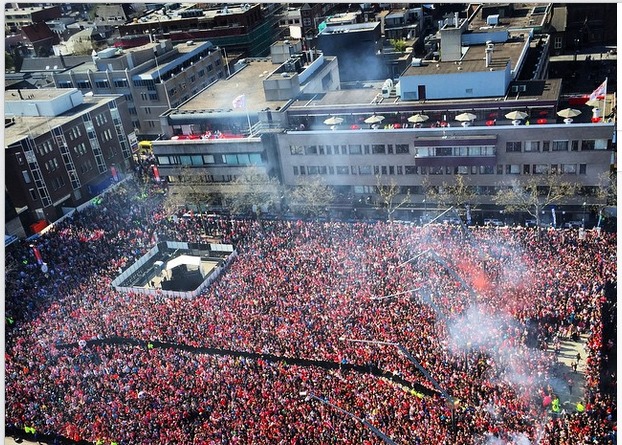 John de Bever is writing a champions song for PSV. The singer, well-known for his song ‘Jij krijgt die lach niet van mijn gezicht’ (You Can’t Get the Smile off my Face) is making a special version of the song, especially to congratulate PSV with their national championship win.

Even as we speak, the song is being written and recorded in the studio. It has to be released today.

John de Bever will sing his number for the first time today, at 5.30 p.m. on the Markt square in Eindhoven, during the reception for the ‘red and white’ champions.