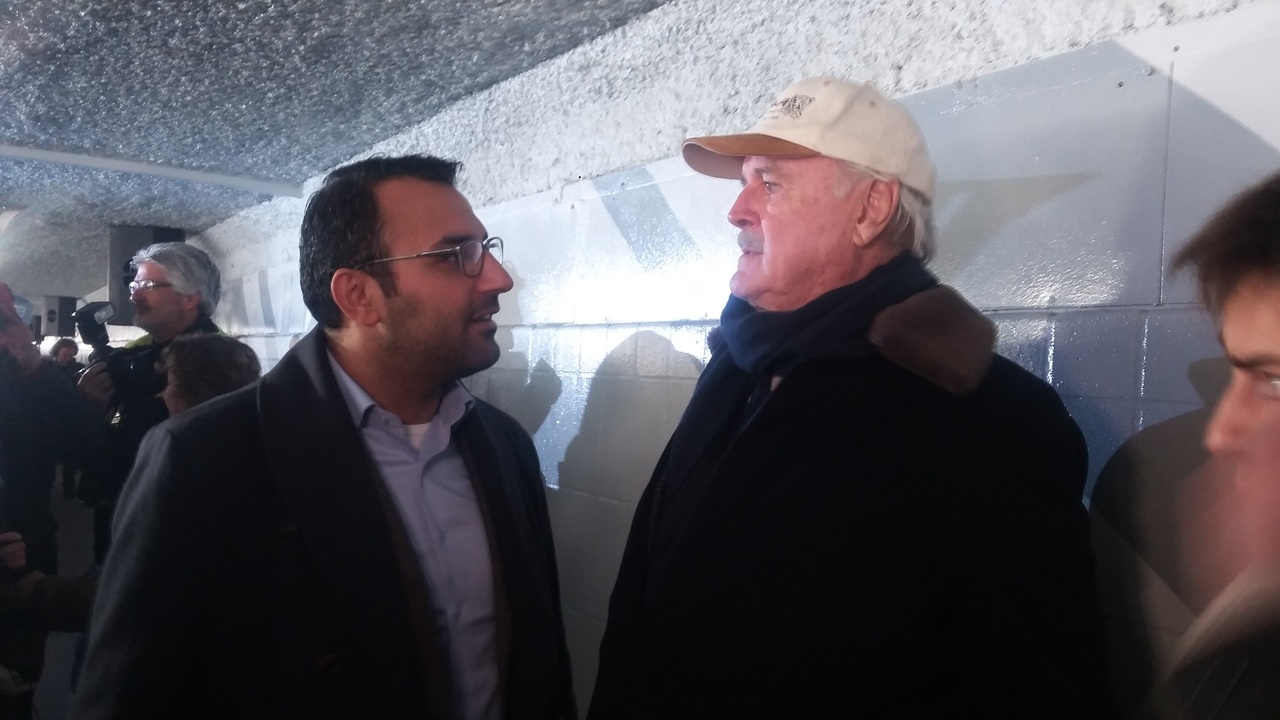 Many hundreds of fans came to the Dommeltunneltje in Eindhoven today, to catch a glimpse of the world-famous British comedy actor, John Cleese. He was there to open the tunnel, which has been decorated with images of his well-known Silly Walks.

Cleese is already a good age, and his Silly Walks from Monty Python date back to the 1970’s, but the bizarre walks are still hugely popular on the Internet. Many fans tried to get an autograph. They came from all over the country and from Belgium.
Eindhoven Municipal Council commissioned two artists from Veldhoven to make the 130-metres long Silly Walks, with the aim of bringing some humour into the public space. It’s part of a project to cheer up the Eindhovener on the street. An earlier project was a balloons near the station and a 3D football match on the street.