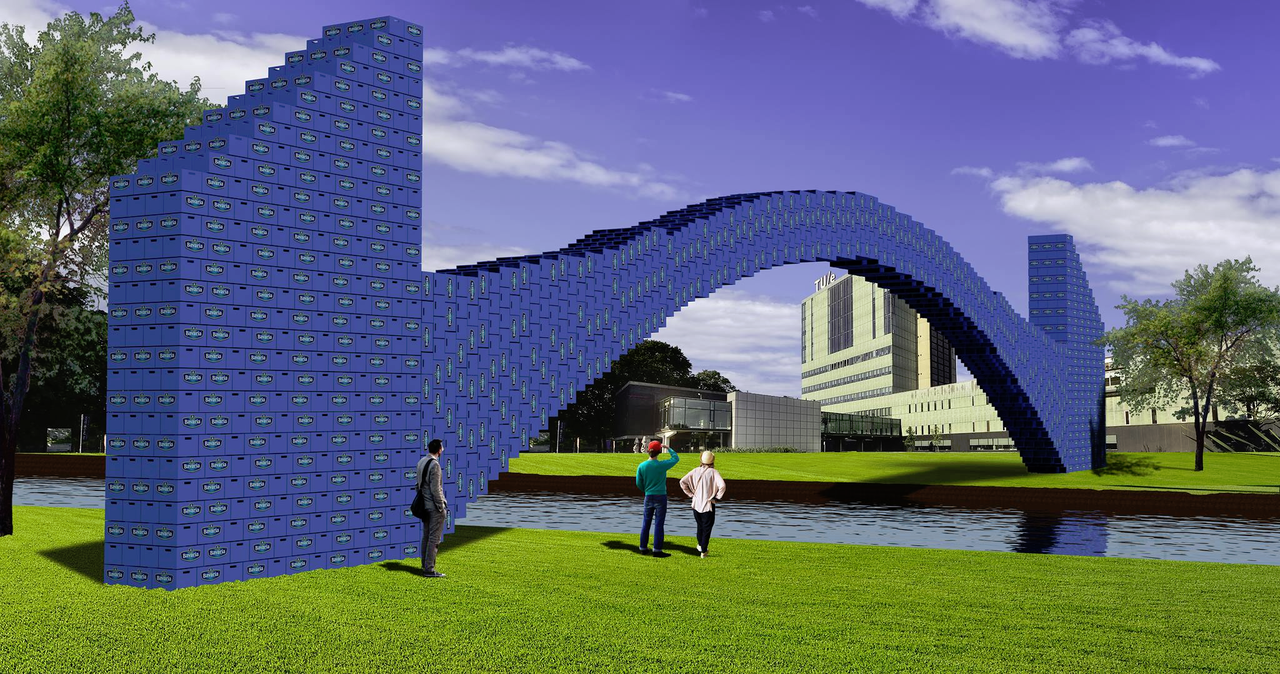 Just what the beer crate bridge being built by students at Eindhoven University of Technology is going to look like will start to become clear, as of today, crate by crate.

In the last few days, preparations have been made and the scaffolding erected. Up to and including Saturday, twenty students will be working every day to construct a 27-metre long bridge, from 70,000 beer crates, which were delivered today.
However, according to two students, Gerben Bouthoorn and Luc Gerlings, there’s more to it than that. "We really want to go all the way, and create something spectacular. Not just a few metres longer, but the first bridge over water.
It’s a challenge in many ways. While designing, calculating and implementing, you’re using the knowledge you’ve gained during your studies," says Gerlings.
Construction will last till 4 p.m. on Saturday. After that, the bridge must stand for one hour without scaffolding. If it does, the record for building with beer crates will be back in Eindhoven, no longer in the hands of students in Delft. Last year, they built a bridge which was 22 metres long.