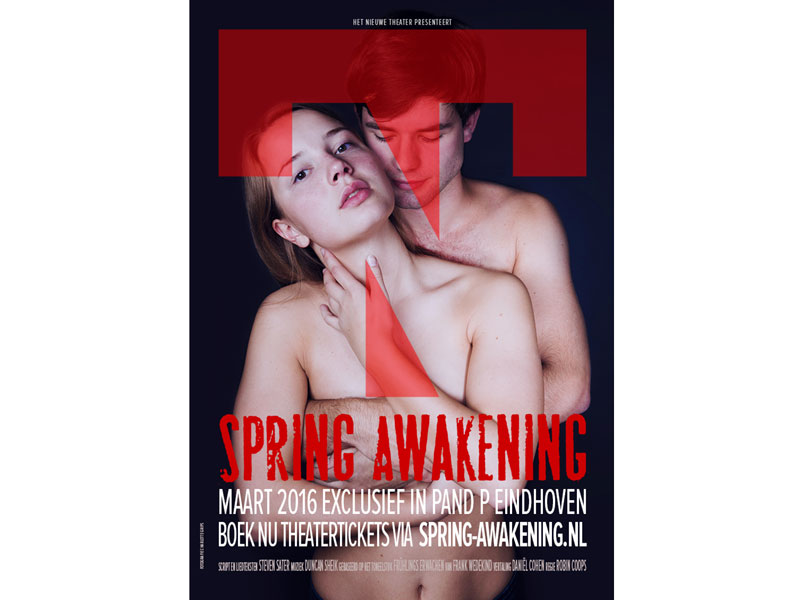 Are you a theatre geek, a Shakespeare fanatic, an opera enthusiast? But you do not speak or understand Dutch very well and feel limited to only attending English-language events? I’m here to tell (or remind) you that language doesn’t have to be a barrier when you are interested in Dutch theatre productions.

Modern theatres strive to make performances accessible to internationals by providing English surtitles for the Dutch spoken shows. This means that you can read the English translation of the spoken (or sung) words, displayed above the stage in realtime. Unfortunately not all plays have this feature yet, but we at Eindhoven News aim to update you on the ones that do.
Upcoming plays featuring surtitles are Macbeth on March 10, 12, and 13 at Parktheater, and Spring Awakening on March 12 and 13 at Pand P.

Macbeth
As you may be aware, Macbeth is one of Shakespeare’s most famous plays and therefore one of the most famous plays in the history of theatre. Its themes of ambition, power, and fate versus free will have captured audiences for centuries. Dutch director Lucas De Man (Romeo & Julia, 2015) decided to take these classic themes from the original story and combine them with modern elements, inspired by contemporary American drama series House of Cards. De Man asked Dutch novelist Jamal Ouariachi to write a modern script about a retired military officer who returns home after losing his son in the war. He discovers that it is not so easy to return to normal life, when his role in the war has fueled much criticism from the nation’s media and even raised political questions. The witches from the original play have become media vultures in this contemporary version. In the middle of this media storm, Macbeth also has to repair the damaged relationship with his wife. How will he navigate in this hostile territory, and will love conquer the power struggles?

Cast: The title character is played by Belgian actor Jeroen Perceval, who is known for prominent roles in Belgian drama films such as Borgman (2013) and Bullhead (2011).
Lady Macbeth is portrayed by Eva Duijvestein, a Dutch actress known for roles in Oorlogsgeheimen (Secrets of War, 2014) and Bros before Hos (2013).
Date: Surtitled performance on March 10th, 2016.
Tickets: €21,50 or €19 with CJP (European Youth Card). For more info see Parktheater website.
Location: Parktheater.

Spring Awakening
Spring Awakening, directed by Robin Coops, is a rock opera based on a play written in 1891 by German dramatist Frank Wedekind. Desire, peer pressure, puberty: these are deadly combinations for teenagers growing up in nineteenth century Germany, where social norms are dictated by religion. The opera focuses on the journey through puberty to adulthood, and touches on some controversial issues, such as (homo)sexuality, abortion, abuse, and suicide. With its coming of age story, its honest discussion of sexuality and illness, and the use of popular music as a form of expression, Spring Awakening is often compared to famous rock opera Rent.

Cast: The opera is performed in three rotating cast set-ups, consisting of 40 young actors in total. The actors, whose ages range between 14 and 25, spent a year training their musical, acting, and choreography skills with industry professionals. The music is performed by a live rock orchestra.
Dates: Surtitled performances on March 12 (afternoon only) & 13 (afternoon + evening performances).
Tickets: €17,50, see Pand P website
Tickets are selling fast, so hurry up if you don’t want to miss your chance!
Location: Pand P is a smaller venue within walking distance from Parktheater. Pand P events are brought to you by a collaboration between Parktheater and ‘Het Nieuwe Theater’ (The New Theatre).