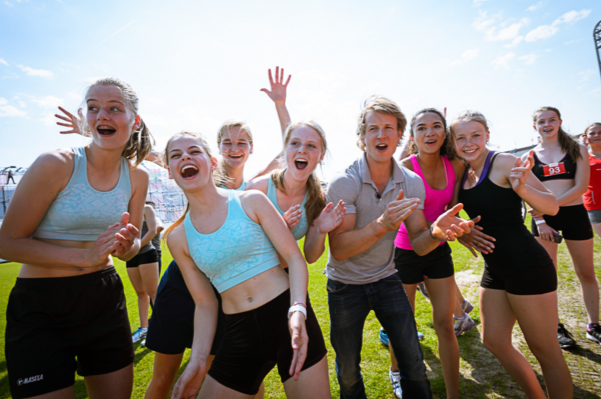 On April 8 the regional final of the largest school sports competition of the Netherlands, ‘Olympic Moves’, is held in Eindhoven.

110 teams, from 32 different schools in the region, contend that day for a place in the national finals in the Olympic Stadium in Amsterdam.

The program includes football, streetball and korfball (Dutch basketball, with mixed players). Which teams proceed will be announced at the end of the day. Stuntman JP de Kam, known from RTL and SBS6, will be present at the opening.

Olympic Moves is an initiative for high school students to exercise more and to introduce them to different sports. In cooperation with NOC*NSF and Coca-Cola it has become an annual event.