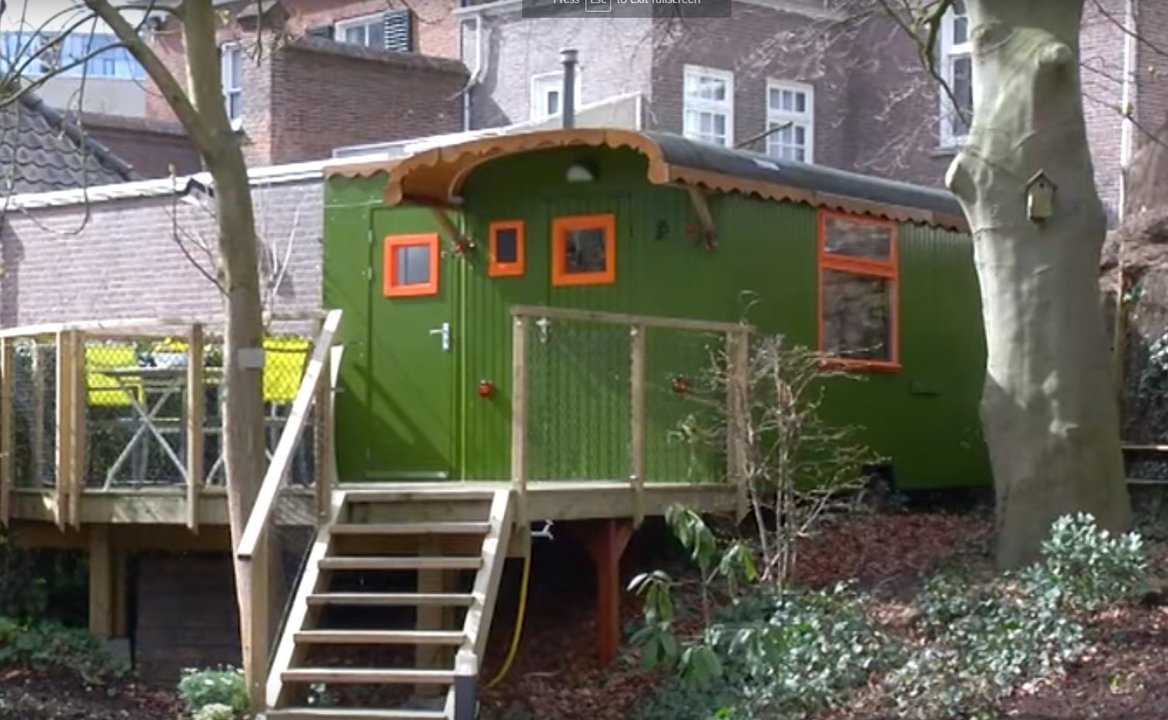 Sleeping in a construction trailer in the center of town? Yes, this can happen at City Lodge, the Bed and Breakfast of Michael Urlings and Esther Goppel in Johanna Rochefort Street.

The B & B is built in a construction trailer that served as canteen, ten years ago while they constructed their wooden home, says Esther. The area, where the trailer was originally, it was just an empty land. But a few years ago they managed to buy it from the city.

The plan to create a B & B arose only when the children of Michael and Esther did not use the shack any longer as a play area. And suddenly everything fell into place, according to Esther, who has an educational background in Tourism.

Meanwhile, the City Lodge has had its initiation. Last Saturday the first guests have stayed overnight. "A Greek couple, who were completely satisfied".