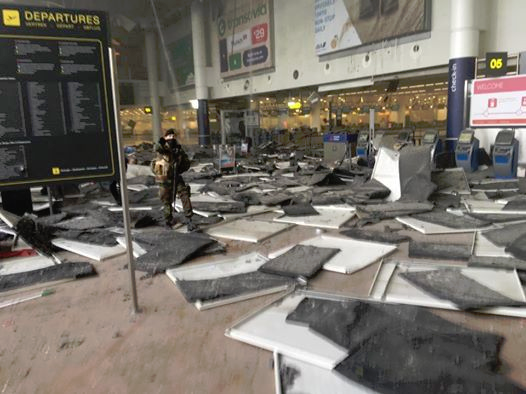 In the departure hall of Zaventem airport in Brussels, at least five people were killed in two explosions. There are also several injured.

There is still no clarity on the cause, but this is certainly a terrorist attack. The threat level for the whole of Belgium has been raised to level four.

The emergency services have taken over the site and the airport has been completely evacuated. The airport was very busy at the time of the explosions. Arriving flights were diverted to other airports. Chances are that this has implications for Eindhoven Airport, but that is not confirmed by a spokesman. Talks are ongoing.