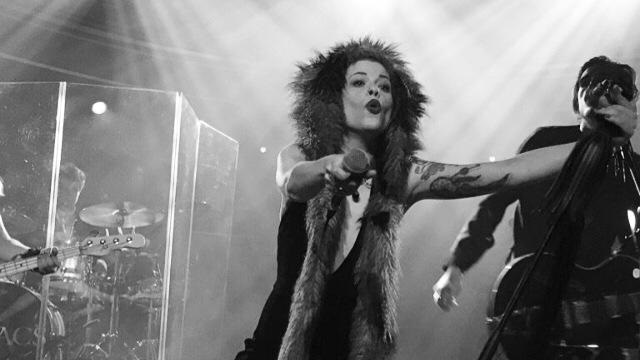 Singer Sharon Kovacs a Dutch singer from Eindhoven has been nominated for the second time for an Edison. In the category ‘Pop’ she competes with Douwe Bob and Kenny B.

Kovacs has already won an Edison last year. This year she is nominated for her own album ‘Shades of Black’. In the category ‘Dance’ Armin van Buuren has been nominated, he is competing with Fatima Yamaha and Yellow Claw.

In the category ‘Hiphop’ the nominees are Fresku, New Wave and Sef. Lil’ Kleine. One of the members of New Wave, has been nominated for newcomer and video clip.

The award will be handed out March 21st in Harbour Cub in Amsterdam. The Edison is the oldest music award in the Netherlands and exists since the 1960’s.