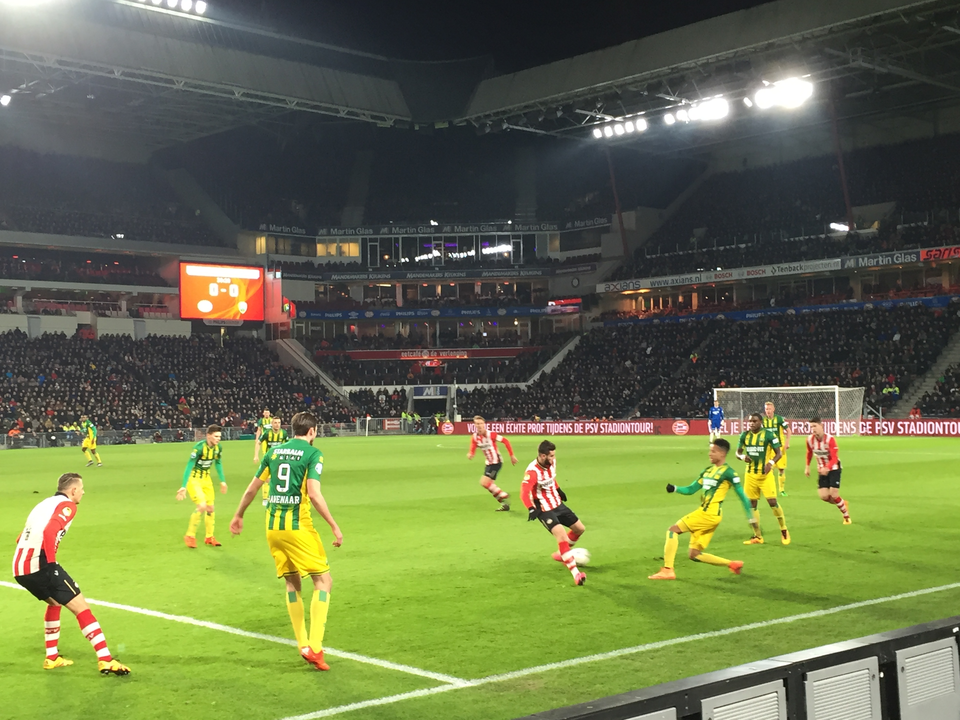 PSV won its ninth competition victory in a row in an unexciting match against ADO Den Haag. The game was also the nineteenth consecutive win in the Premier League for the Eindhoven competition leaders.

PSV met a defensive side in the first half, ADO Den Haag made little or no effort to attack. This meant that all Eindhoven’s moves towards the opponent’s goal were foiled by a strong Hague defence.
One of the few big opportunities for PSV came when Héctor Moreno hit the bar with a powerful kick from a corner by Davy Pröpper. There was a chance, too, for Davy Pröpper, but ADO’s goalkeeper, Martin Hansen, saved it.

On the other hand, ADO managed to get dangerously close to PSV’s Jeroen Zoet on occasion, but the balls all missed the goal., so the keeper, who was named player of the week in the Champions League earlier this week, had little to do in the first half of this match.

PSV took a more aggressive approach in the second half, looking for that opening goal, which regularly lost them the ball. It was twenty minutes into the second half before the first goal of the match came. Marco van Ginkel changed the direction of a long kick from Jürgen Locadia, ticking it with his heel.

Minutes later, the second goal came when Andrés Guardado placed the ball perfectly in position in front of captain Luuk de Jong, who took a simple shot to make it 2-0.

There was a proliferation of unjustified yellow cards on both sides, during the game. Referee Denis Higler handed out no less than seven of them, and regularly stopped play, to the displeasure of the spectators who often reacted with catcalls and whistles.