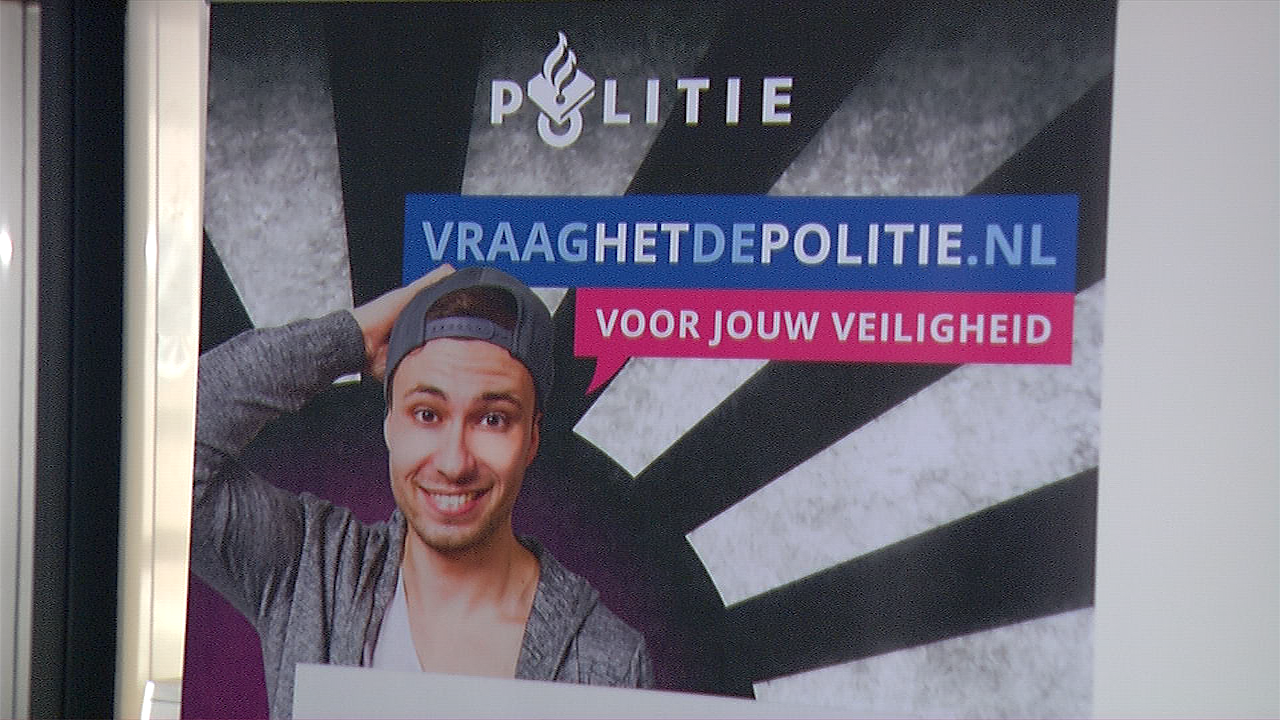 The local police have launched a new campaign today. Together with well-known vloggers Furtjuh and Mertabi, amongst others, they will put the spotlight on the special police website for youngsters. The Eindhoven kick-off took place at secondary school De Rooi Pannen.

Website www.vraaghetdepolitie.nl (ask the police) is aimed at young people. They can ask questions about subjects, such as internet fraud, sexting, traffic and bullying. On Tuesday and Thursday evenings there are live chat sessions with police specialists.

The website gets an average of 80,000 visitors per month, but according to the police this still is not enough. To bring the website to the attention of more young people, the police are now working together with a number of vloggers via the campaign: ‘Vloggers Vragenvuur’ (vloggers chat session).

In these vlogs vloggers will be talking, for example, about distributing nude pictures or telling lies on the internet. A total of twelve vlogs will be produced, by different vloggers, with three vlogs per quarter. The first three vlogs, made by Furtjuh, Labratten and Bucket Boys, were shown today.