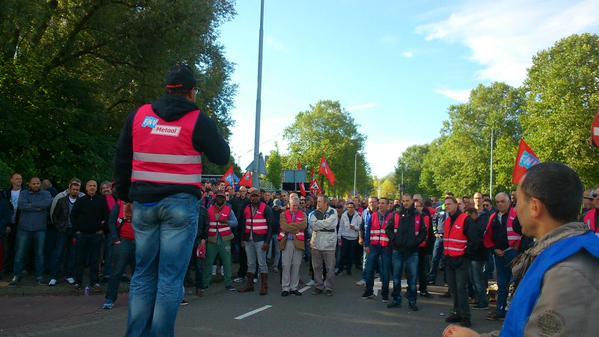 The unions and the employers’ organization in the large metal sector FME have agreed on a new collective agreement last night. 140,000 people will receive an extra of almost six percent on their paycheck, and more control over their working hours.

The DAF metal work force in Eindhoven protested over ten times the past nine months for a better collective agreement. The work was even stopped for 24 hours a few times, but each time the employees drew blank at the management. The employees of VDL also held strikes.

The new agreement has ended the strikes for the time being. The collective agreement has a term of three years. The first wage increase of two percent will be in April.