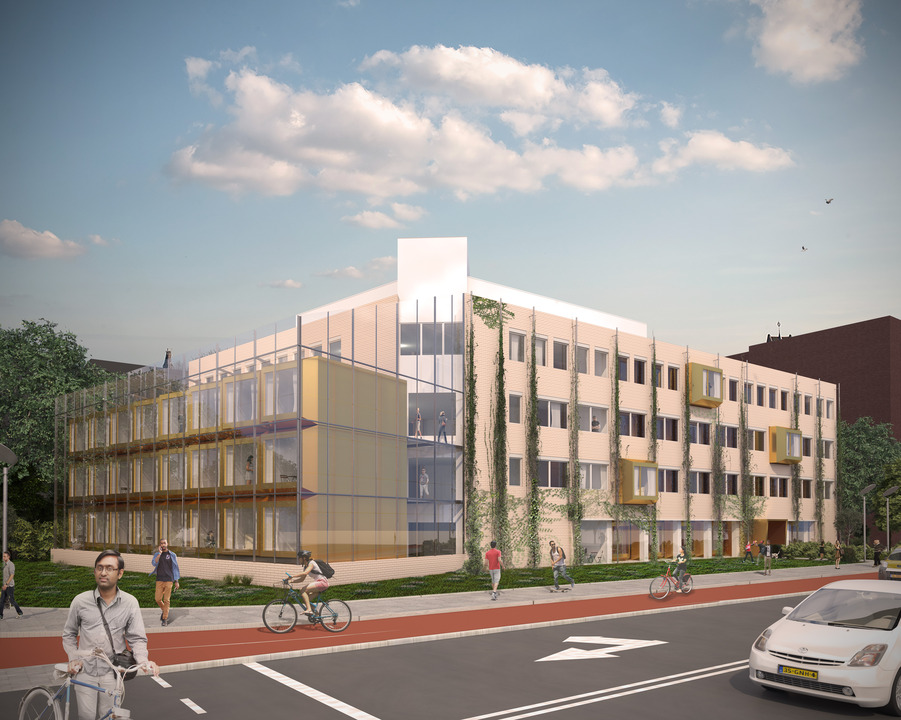 A special renovation of the Woonbedrijf headquarters at Willemstraat in Eindhoven has been announced. The housing corporation is going to move to a new building and the present office space will be converted into 100 hundred studios for young people. Some of these studios will be space boxes that are situated at the TU/e grounds now.

Space boxes are movable housing units, similar to container houses. Next summer, the boxes will be removed from the TU/e campus, because a new residential tower for students will then be completed. Woonbedrijf owns the space boxes and hopes to kill two birds with one stone by using them for the renovation of the Willemstraat office building.

The new housing project is intended for people up to 23 years of age. The future residents may be students, but also status holders and youngsters that need supportive housing facilities. The studios will range from 18 to 52 square metres in size. According to Woonbedrijf, there is a great need for affordable housing among young people.

The Willemstraat renovations are to start next spring and the studios should be ready at the beginning of 2017. Local residents have been informed of the arrival of the youngsters.

On 4 January, all the Woonbedrijf employees will be moving to the new head office at Wal in downtown Eindhoven.