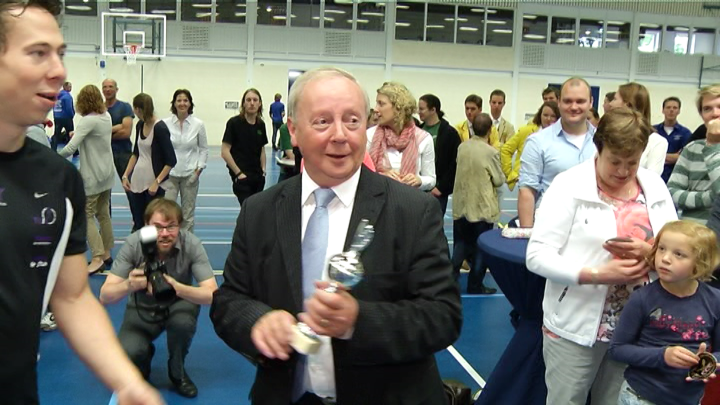 Roumen was chairman for ten years and one of the initiators of Glow. Under his leadership Glow developed from a small experimental event with 35,000 visitors into a large light festival with 730,000 visitors.

According to Roumen, it is time for someone else to take up the baton. "A period of ten years is long enough", he said, "and the festival can profit from someone else’s new and fresh look."

Accessibility, quality and a friendly atmosphere are the keys to the success of Glow, according to Roumen. He thinks the festival can become an even bigger event in the coming years. If so, careful consideration should be given to dealing with the huge crowds, good walking routes and safety measures.

Mengelers, the new chairman, will be at the helm in 2016, when the route will also lead Glow visitors to his university.