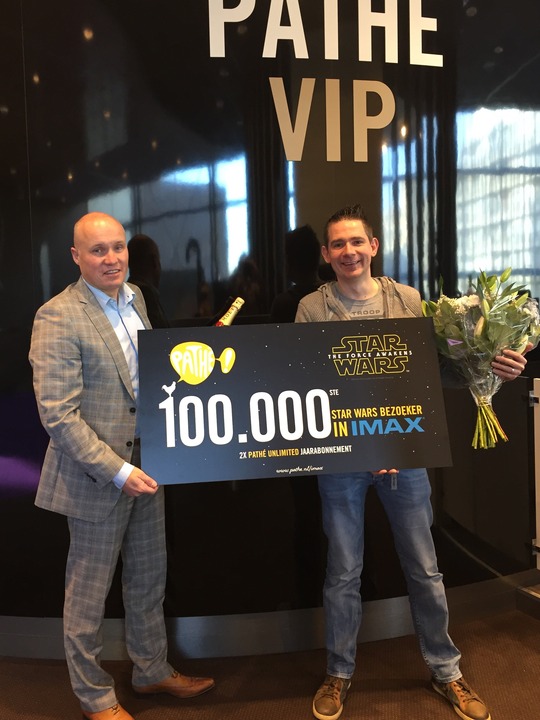 The ticket was purchased by Michael Waterman, 41, of Veldhoven, who also received champagne, flowers, and two Pathé Unlimited Cards from manager Bart van den Boom in recognition of the milestone.

The Force Awakens, the latest in the Star Wars saga, is also being shown on IMAX screens in Amsterdam, Arnhem, The Hague, Rotterdam, and Tilburg.

The 100,000th ticket sale is a new milestone for the movie, out since December 16th in Dutch cinemas. Earlier reports highlighted its best Tuesday and Wednesday sales to date, while it earned a record-breaking €1billion in just 12 days.