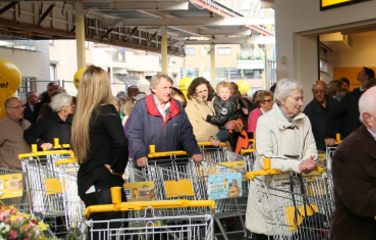 A ban on bargain meat, as called for by Van Dam’s own party, is a last resort, Van Dam said. ‘Meat should not be thought of in the same way as a bag of crisps or bottle of cola,’ he told MPs. ‘Meat comes from animals and they should not be considered a bargain.’

Labour MPs want a ban imposed because they say the meat price war is hurting farmers and damaging efforts to improve the welfare of factory farmed animals.

In July, August and September the seven big Dutch supermarket groups ran 745 special offers involving cheap meat, a rise of 38% on the same period a year ago.