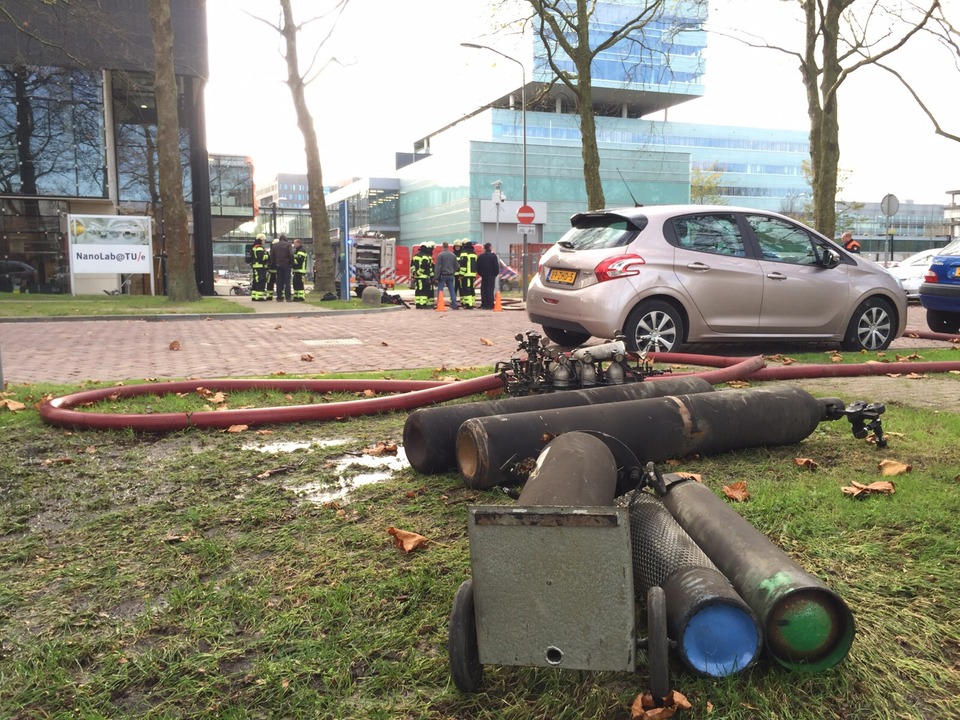 Yesterday morning around 10 o’clock the Spectrum building was evacuated due to a fire in a closed space inside one of the laboratories on the second floor. This fire caused a lot of smoke, a TU/e spokesman for the Executive Board explained.

The employees heard a loud bang from the ground floor in Spectrum and subsequently saw smoke coming out of the ventilation system, Executive Board spokesman Barend Pelgrim said. It concerned a lab of the Plasma & Materials Processing group led by professor Erwin Kessels. This lab was not regarded as a high-risk area, Pelgrim added.

At the time of the fire there was nobody present in that area. There were no casualties and in the course of the day the fire brigade removed all potentially hazardous substances. It is not yet known what caused the fire, but the lab has to be considered as lost.