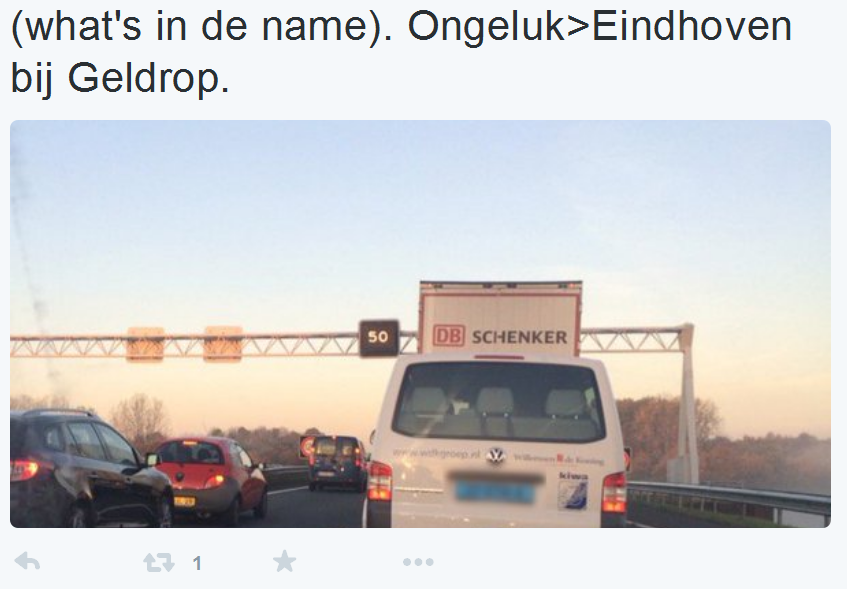 An accident involving a lorry has again caused traffic jams on the A67 near Geldrop this morning.

Traffic slowed to a halt between Someren and Geldrop. The outside lane was temporarily closed, which resulted in around twenty minutes of delay for road users.

The traffic started moving again at about quarter past eight. It is as yet unclear what exactly happened.

On Monday, a plan will be presented which is intended to solve the problems on the A67. The provincial government and municipalities bordering the motorwat will be taking the plan to Minister Schultz van Haegen of Infrastructure.