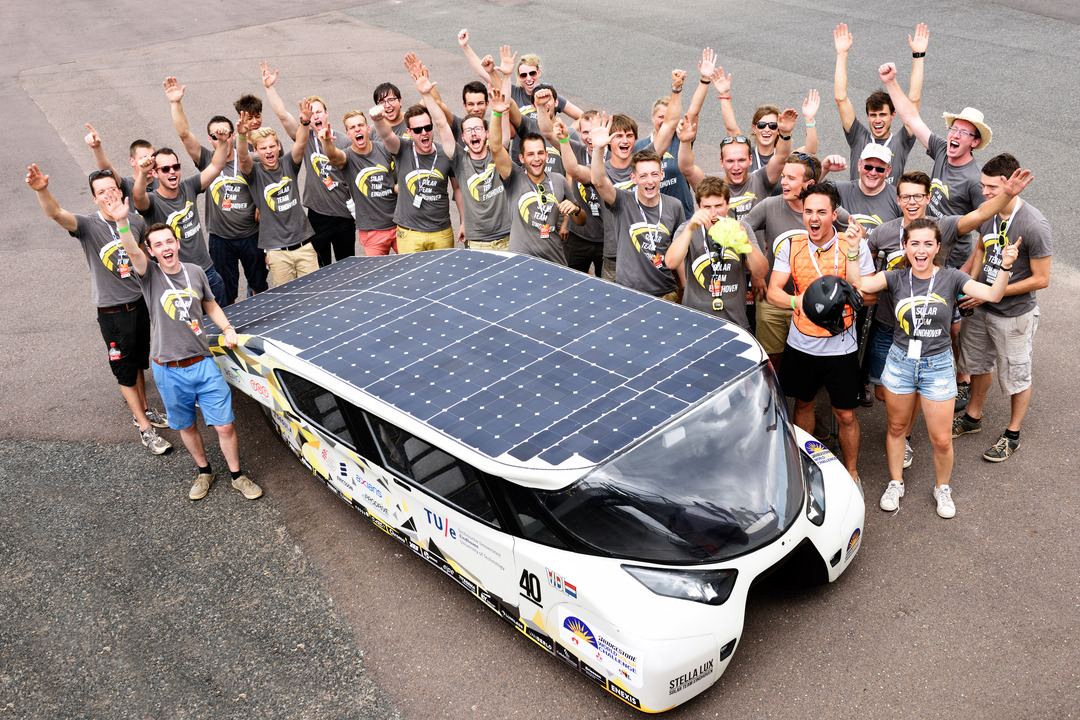 The TU/e team has broken a record with the Stella Lux solar car on the third day of the World Solar Challenge in Australia.

The car, which carries four people, drove 1500 kilometres on a single charge. The first half of the race was driven by two team members, averaging 80km per hour.

According to driver Liselotte Kockelkoren, this is a huge milestone that proves the car’s reliability and efficiency even when driving at regular speeds with more passengers. To compare, a Toyota Prius using a single battery of the same size will ride 60km at lower speeds.

Solar Team Eindhoven’s vision is to build the car of the future, and this year drives the Stella Lux: an energy-positive family car. Normal weather conditions in the Netherlands will supply the car with more energy than it uses. With this car, the team continues to hold the 2013 Cruiser Class title – the family car category. Besides speed, the car is also evaluated on power consumption, number of passengers, and practical elements of the car.

On Sunday, October 25th, the team will know if they still hold the world champion title in the solar powered family car category.