Home NEWS NS: “There has been no fire in Eindhoven station” 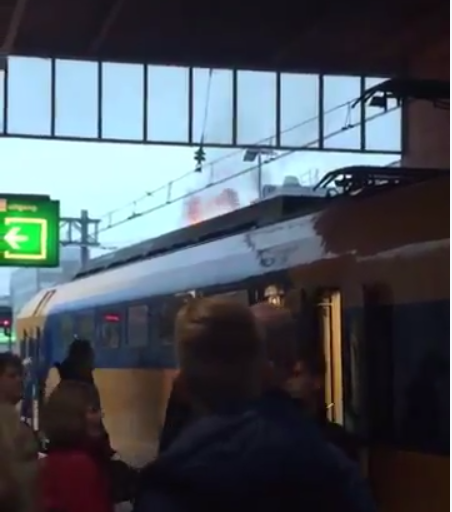 “There has not been a fire at the railway station in Eindhoven.” A spokesman for the NS (Dutch rail service) denied all reports of a fire that raged this morning in one of the stationary trains at Eindhoven station.

Yet many people on twitter claimed to have seen flames from the roof of the train, including a reporter from Studio040. Tim Teunissen also made a film. There have also been some pictures circulating on Twitter.

Later that morning, the passengers were also delayed by a man walking on the tracks. Along with the reports of a fire, there were serious delays.