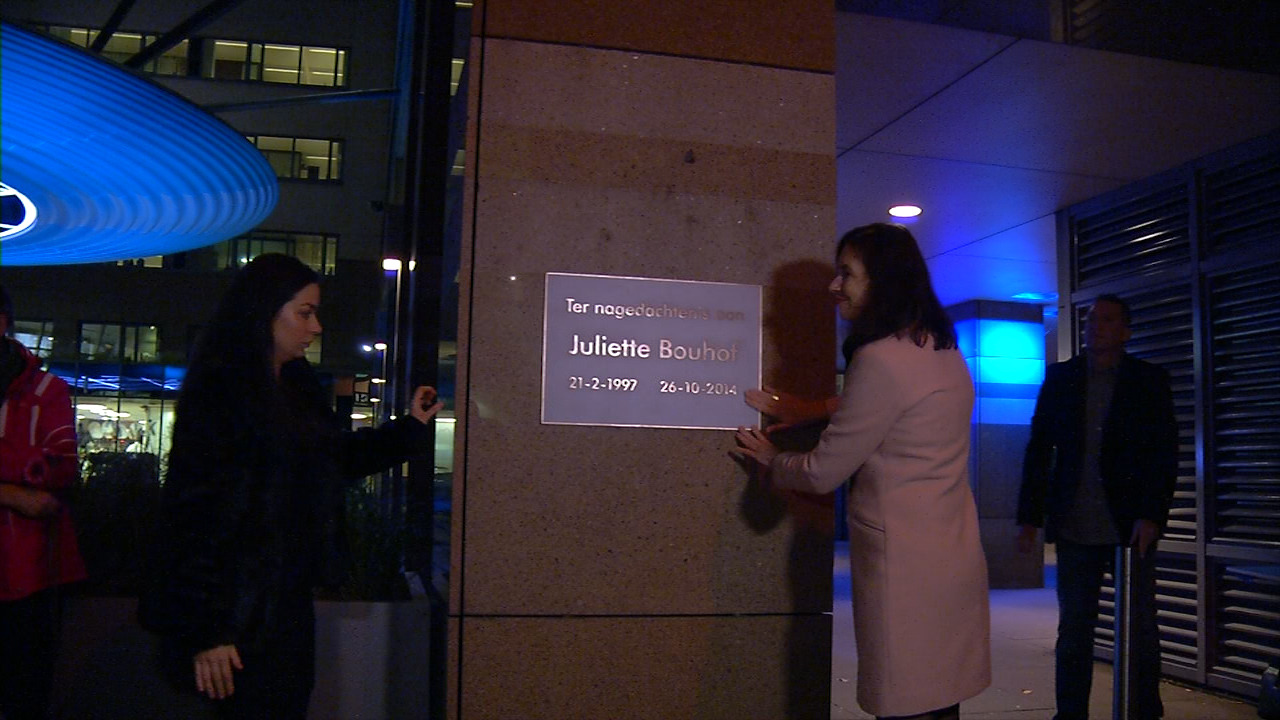 It was an emotional gathering, yesterday evening at the office of DLL (De Lage Landen) at the Vestdijk in Eindhoven. A commemorative tablet was placed for Juliette Bouhof, who was murdered exactly one year ago by her ex-boyfriend, Koen B.

The tablet was fastened to a pillar of the building. This was an initiative of Juliette Bouhof’s mother and sister. Both mother and sister held eulogies. Juliette’s friends also spoke mainly about the memories they had of her.

Approximately one hundred people attended the memorial yesterday evening. An additional reason for the ceremony was to make people aware of senseless violence.

Juliette was murdered by her ex-boyfriend. He kept on hitting her until she died of her wounds. The trial is still going on. Initially, Koen B. was sentenced to nine years imprisonment. However, he filed a Notice of Appeal.