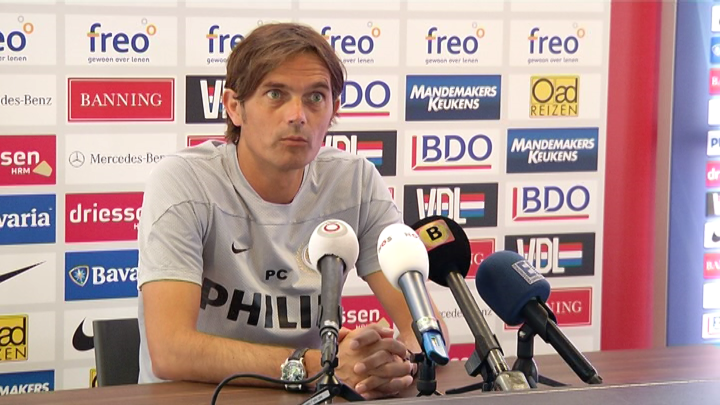 Head coach Phillip Cocu was full of praise for his team, after their victory over Ajax yesterday. The score was 1-2 for the Eindhoveners in the Amsterdam Arena.

At the press conference after the game, the coach said he had enjoyed his team’s play. He was very pleased with their performance: "With plenty of movement in front, which gave us a great deal of variety in the play", explained Cocu.

Knowing how changeable PSV’s performance has been in recent weeks, Cocu was particularly anxious to compliment his team now. "I’ve been critical of the team over the last few weeks", said Cocu, "but when something goes well, that needs to be said too. And this went well. We had an excellent victory."