Home NEWS Car skids off the road on the Airbornelaan 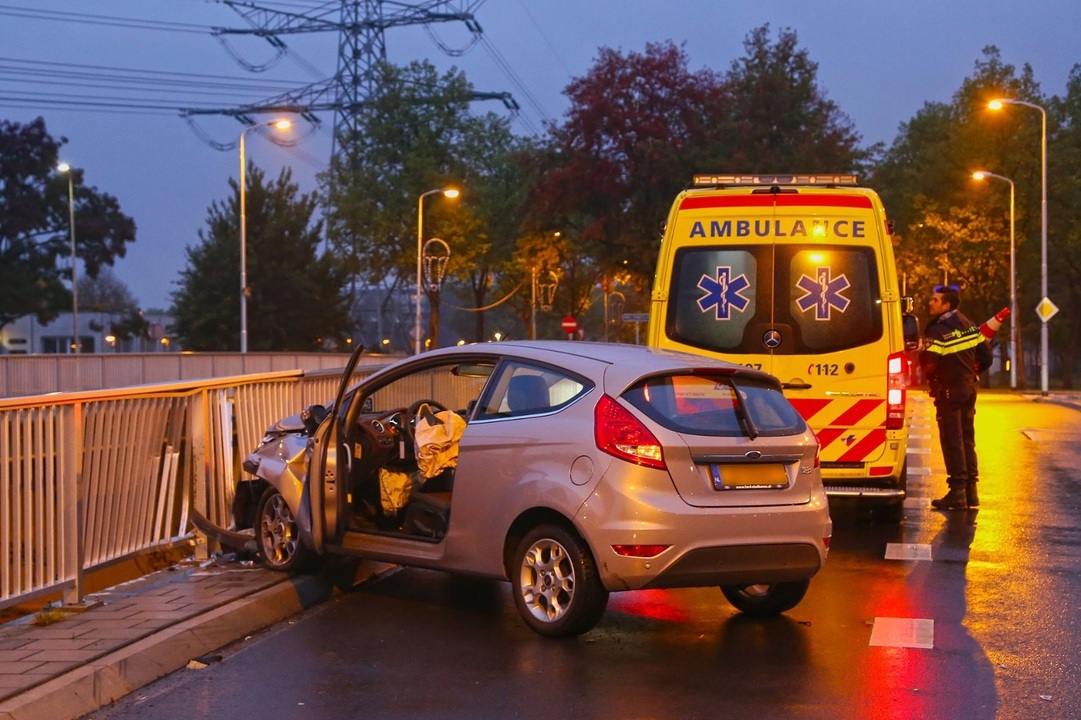 Last night in an accident on the Airbornelaan , a car rammed into the railing of the overpass on the Kennedylaan.

The driver was injured and had to be transported to the hospital in an ambulance. According to bystanders, the man had to do a breathalyzer test and was accompanied by a Police agent to the hospital .

The car was badly damaged and had to be removed by a salvage company.

About three months ago, a car crashed into the barrier at the same spot, coincidentally.