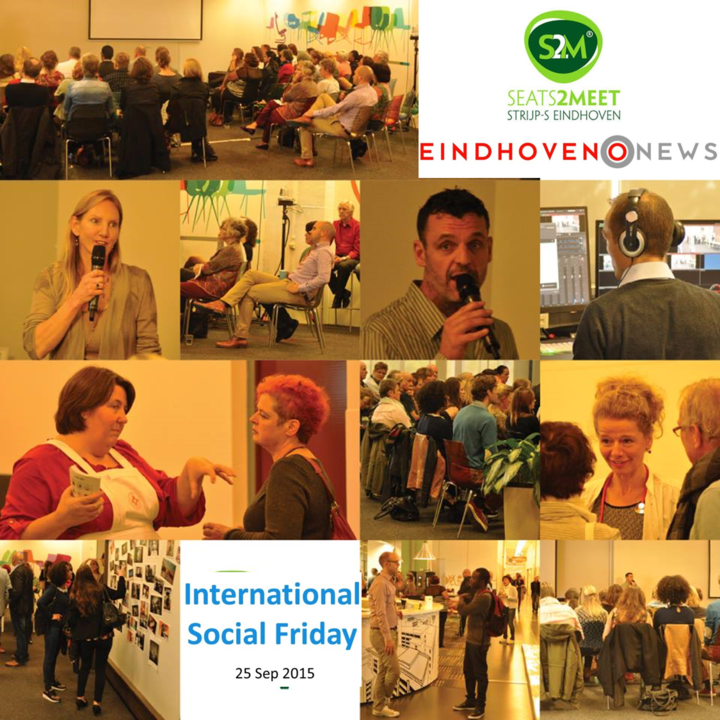 Turnout was good at last week’s International Social Friday, organised by Seats2Meet Strijp S and Eindhoven News. The first of its kind, the event drew around 130 attendees.

Aimed at providing a platform for locals and internationals to come together and share ideas, ISF hosted workshops and talks such as "Game Changers", "Graphology", "Appreciative Enquiry", and "how to not mix private and professional data".

Organised by Geert Bukkems of Eindhoven Startups Foundation and EindhovenSummit, entrepreneurs-to-be were also given the chance to pitch their ideas on video to be assessed later.

After spending last summer visiting refugee camps in Lebanon, Josette Dijkhuizen and photographer Jeroen Berkhout were at ISF to tell their story and present a slideshow highlighting the power of female entrepreneurs in refugee camps.

Eindhoven News gave a presentation detailing the ins and outs of their day-to-day, while suggestions on how to better serve the international community were also welcomed.

The end of the event provided enterprising people an opportunity to network and learn from each other.

There are rumours that International Social Friday will be back next year. One visitor at Seats2Meet summed it up: "Having the opportunity for both Eindhoven Dutch and non-Dutch citizens to meet in an informal way to talk about how to set up businesses or other activities is useful. We all have certain experiences, learning from each other’s mistakes and not having to re-invent the wheel saves time and effort."