Home NEWS Car landed on its side at ‘Onze Lieve Vrouwestraat’ 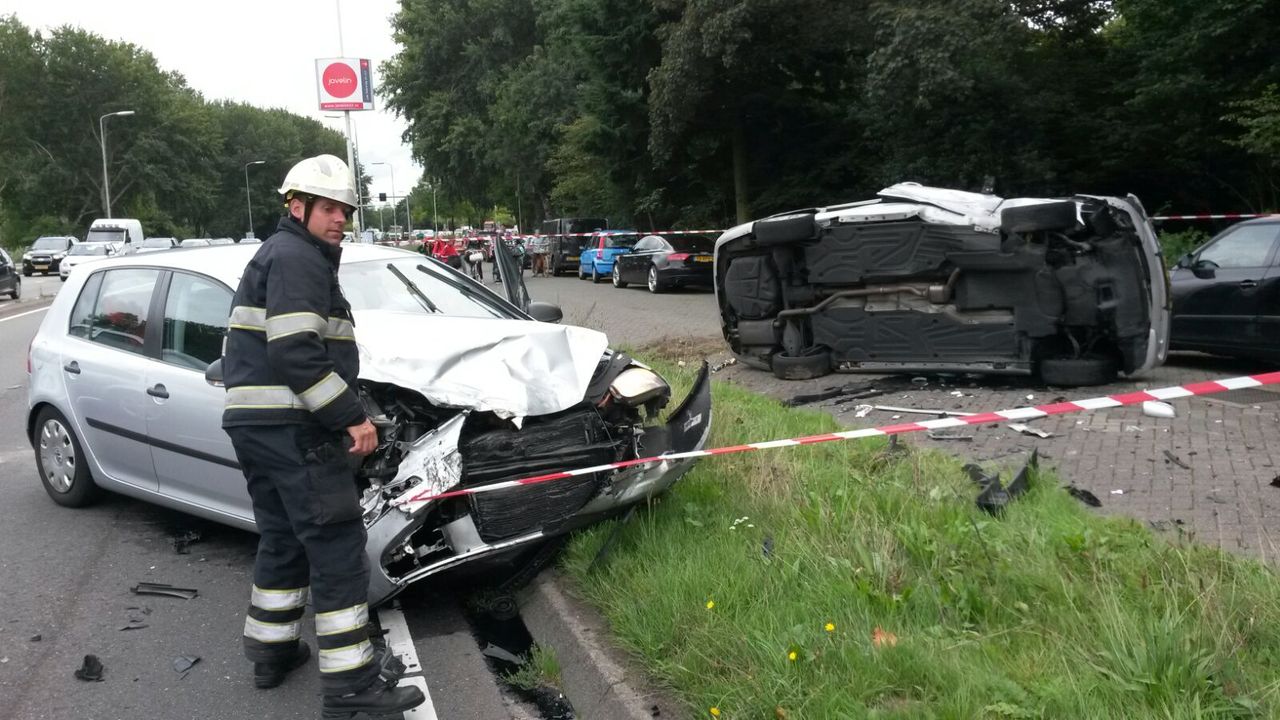 This afternoon in Onze Lieve Vrouwestraat a car landed on its side. Another car got quite damaged in the accident.

Probably the two cars touched each other while driving, which caused the Mercedes flashing across the central barrier and landing on the opposite carriageway and coming head-on collision with an oncoming vehicle, a Volkswagen Golf.

Thereafter the Mercedes ended up on the side. And the Gulf was badly damaged too. The people in the Mercedes were a mother with her son and in the Golf was a man. No one was seriously injured in the accident.

There was an ambulance on site, but there was no need to transport anybody to the hospital.