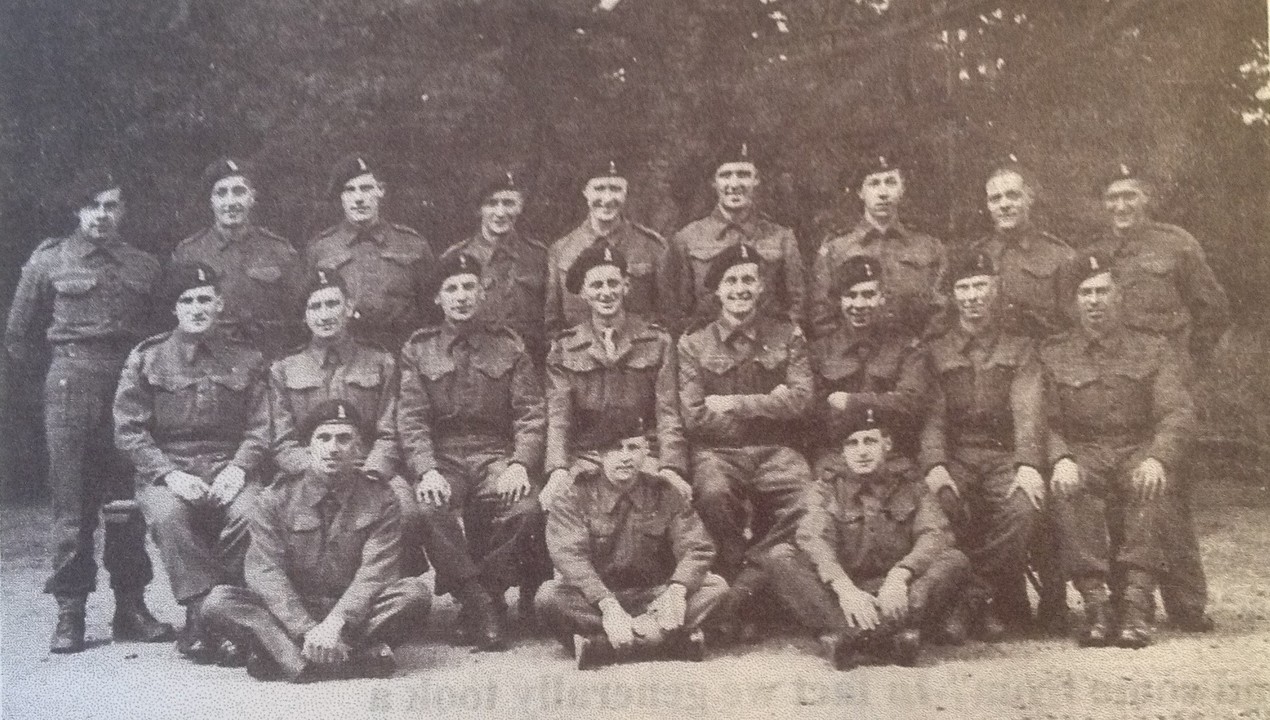 Last year we were contacted by Dorothy Ramser daughter of Sgt M. I. Dickson. We published the true story she wrote about the experiences of her dad, one of the three British gunners during the battle for Veghel, also known as ‘Operation Market Garden’.

In the year following, she was researching her Uncle Fred’s regiment 23rd Hussars RAC. While doing so she got to know a 92-year-old veteran called Will F. Gray who served in the same Squadron in the regiment as her Uncle. Will wrote a story of a true event that happened to him and the regiment just outside of Eindhoven.

"Oh God!" I exclaimed. There it was: I had momentary view of a red-hot shot hurtling down the middle of the road probably at twice the speed of sound. From its position it was certain that my tank would be hit. Having no time to avoid being hit, I supposed that my crew had also seen the red projectile. Like me they were terrified. Instinctively I pulled on the left tiller in an effort to try and deflect the approaching red-hot piece of metal. Suddenly there was one terrific explosion; a shower of sparks, smoke and dust that clouded my eyes as I screamed, "Bale out!"
Instinctively I shot out of seat and was through the open hatch without touching the sides however nearly breaking my neck by the headphone plug as it snapped from its socket inside the tank. I dived from the top of the tank into the road and rolled over into the dyke alongside. What a predicament, only two or three minutes ago I had been taking pot shots at the enemy. Now I was alone in a water filled dyke. After having shed my suit of armour I was now at the mercy of the enemy infantry.

It was surprising I could hear the engine still turning over and the tank was still moving forward. It didn’t move far and after it had stopped moving it beginning to burn profusely as the ammunition began to explode. I had seen the Gunner, Operator and the Commander bale out. Where was little Joe? Apparently, his hatch cover had jammed by the impact of the shell hitting the tank. However as I had planned, I made sure that there was a hammer handy to break loose the floor escape hatch. I can just imagine, he having escaped a blazing tank on a previous occasion to have had the foresight to use the hammer, left for such a circumstance as this. Even in the dangerous circumstances as I was in at that moment I was overcome with emotion when I saw him lying on the ground at the rear of the tank. At that moment even being frightened out of my skin I was so glad we had remained on the road. It was fortunate we were on a tar macadam road. If we had been deployed in one of the nearby fields there would have been no way of opening the hatch.

In the picture: Will Gray back row 4th from the right,
Dorothy’s Uncle, Fred Cook 2nd row 3rd from right.

Tomorrow the fourth and last part of the story written by W. F. Gray.