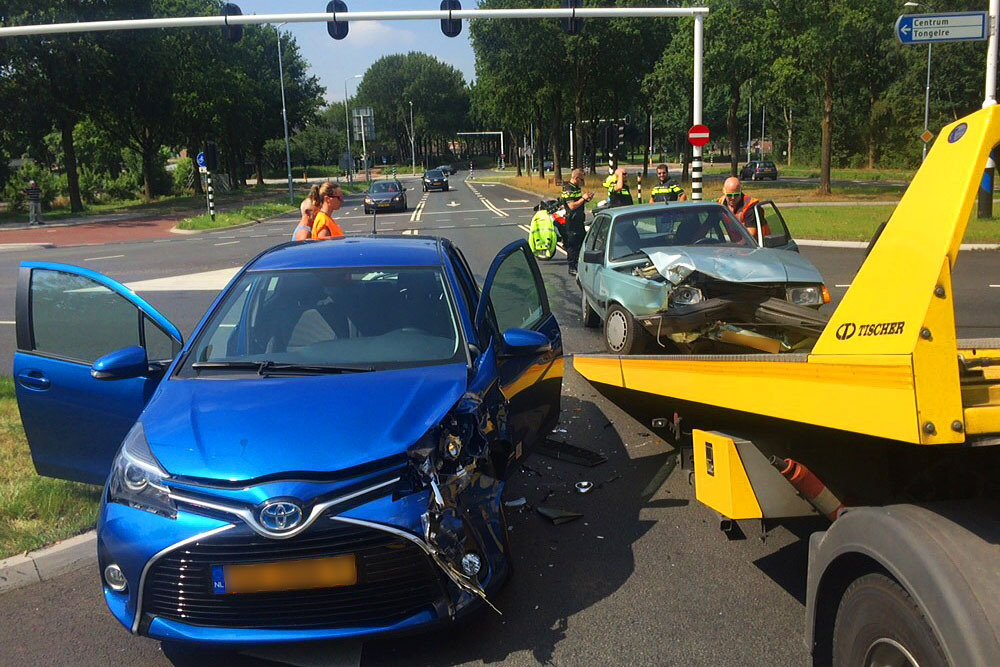 Two cars collided at the Tempellaan in Eindhoven this afternoon. The accident happened on the ramp to the Kennedylaan. An elderly lady was examined by ambulance staff but it is not known whether she has been taken to hospital.

Both cars sustained considerable damage and had to be removed by a salvage company. The traffic lights at the intersection had been switched off when the accident happened, but is is not clear whether this fact has contributed to the accident.