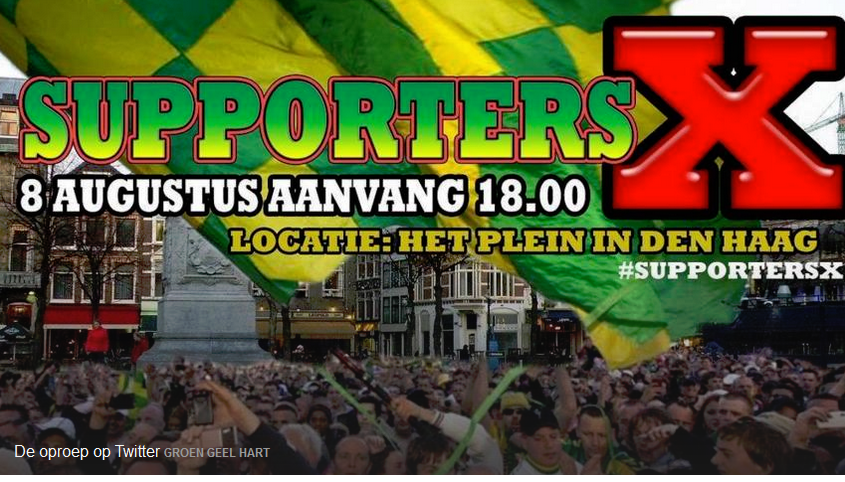 ADO supporters want to to massively enter the center of The Hague Saturday to thereby ensure that the police must be present and can not strike.

It is an act of revenge because the police are on strike on Sunday. Therefore, the opening match of ADO and PSV can not be played.

Facebook fans of the football club placed a call to meet at the Plein on Saturday at 18:00 hrs. "No match for us, no strike for them" they say. Hundreds of fans have already signed up.

According to supporters, it is a peaceful action. "We just want to meet sociable," says Jacco van Leeuwen president of the supporters club Haagsche Bluf in the NOS Radio 1 News.

Due to the police strike other football games are also canceled. Mayors can not guarantee safety.