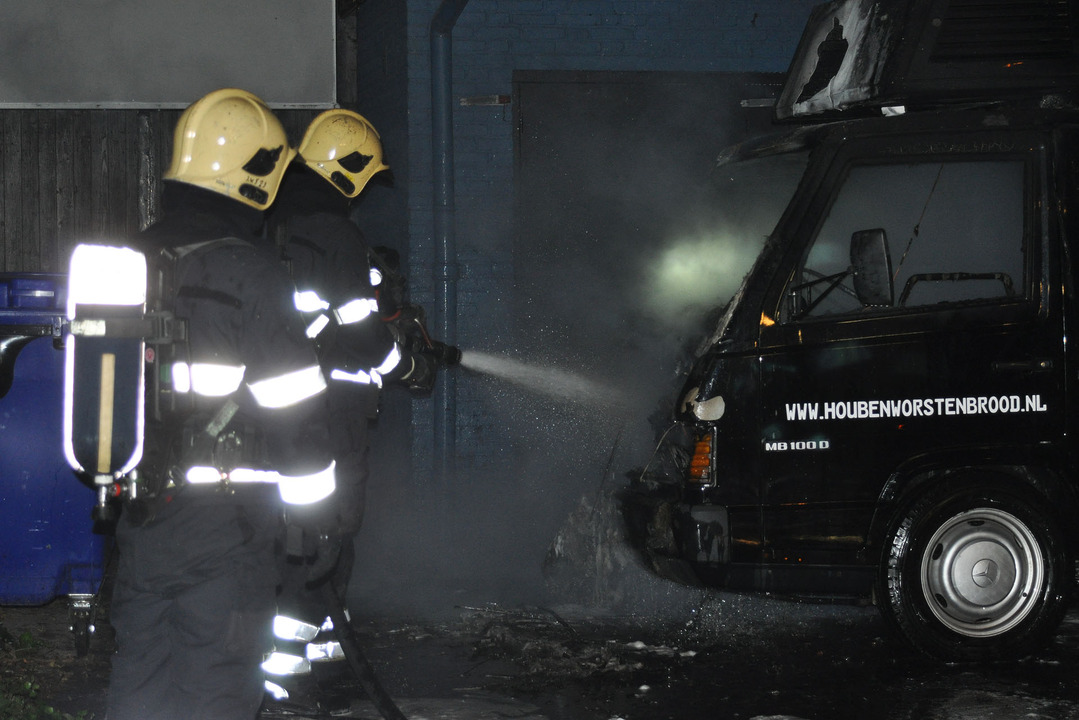 A lorry caught fire last night, on the corner of the Jeroen Boschlaan and the Hobbemastraat. For a while, it seemed likely that the surrounding flats would have to be evacuated, but in the end, that turned out to be unnecessary.

The police, who were first on the scene, saw flames shooting metres high out of the lorry. There was a real danger that the fire could spread to surrounding flats. Colleagues were called up to help with a possible evacuation, however the fire brigade, arriving shortly after, had the fire under control so quickly that evacuation was unnecessary.

The lorry belonged to a sausage roll shop, and the reason for the fire is still unknown.