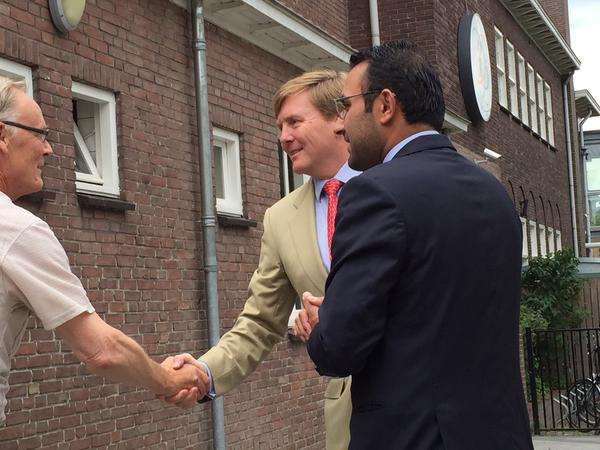 He was in Eindhoven at the invitation of Councillor Yasin Torunoglu. He had organized a return visit after being a guest of the King and Queen as a young governor.

The king visited a football match of Bennekel United and he talked to the parents of the players. He also talked to local residents in the former disadvantaged neighbourhood. And he visited several district initiatives. He for example talked to Moroccan residents who try to keep young people straight.
The visit of the king lasted about three hours.