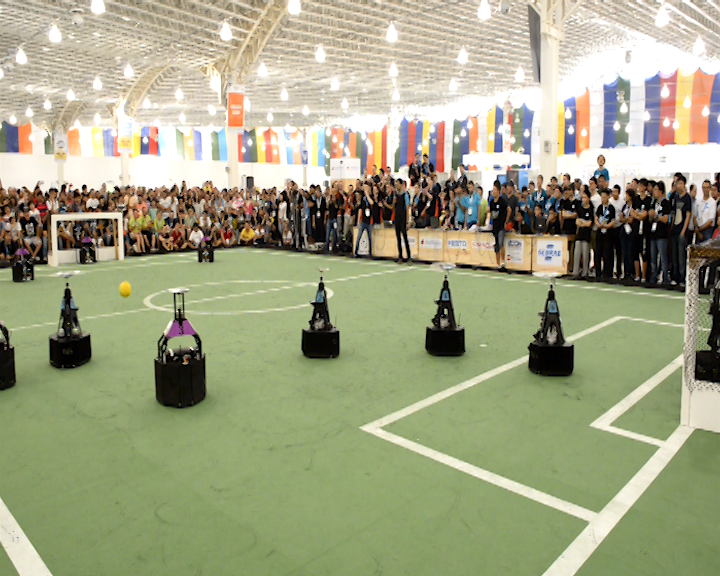 The Tech United footballers are on a roll. The TU/e football robots have already won three matches and drew today in the knock-out phase of the World Championship in Hefei in China.

This puts the Eindhoven robot team in first place in the first part of the knock-out phase.

There have been major changes to the rules of the Robocup this year. Aggressive attacks, attacks from behind and inciting throw-ins will be penalised this year for the first time. Given that Tech United is known for its technical play, these new rules could favour the Eindhoven team.

The aim of the Robocup is to speed up development of robotics through competition.

The TU/e team is the current world champion, having won last year in Brazil. The tournament was held in Eindhoven two years ago. The university plans to organise its own robot football competition next year.