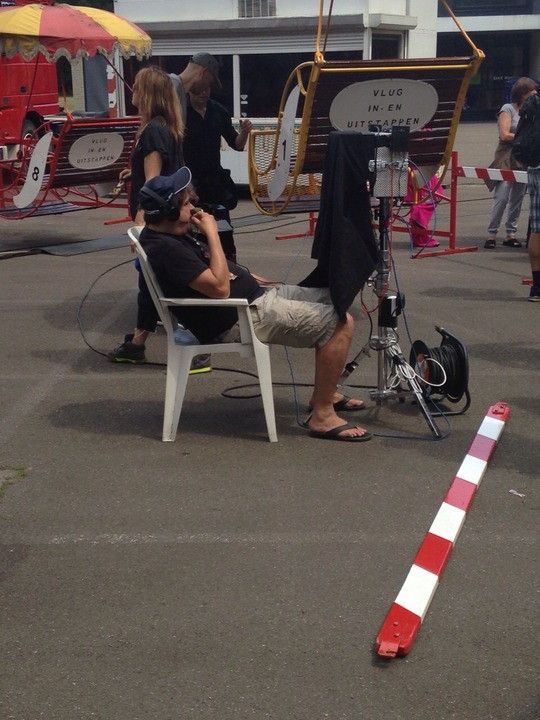 The film is being made at the moment. Today, some scenes were filmed near a carousel, which was built on the estate especially for this film.

‘Of ik gek ben’ (Whether I am crazy’) is the title of the film, which is adapted from the book by Michael Stroink. It is about the state of affairs within a ‘TBS’ (forensic psychiatric) hospital. The protagonist is Benjamin, played by Mike Weerts. After a period in a TBS-clinic, he is confronted with the harsh reality of real life.

Rapper Mounir Boualin from Helmond, who also played a part in ‘Een Pizzamaffia’ (Pizza Mob), is an actor in this film as well and singer Dennis ‘Denvis’ Grotenhuis makes his debut. Former Idol Joël de Tombe also has a role in this Dutch film.

The film is largely crowd-funded, but some Brabant companies have also invested in it. ‘Of Ik Gek Ben’ will probably be shown in Dutch cinemas from January 2016. The location of the premiere is not known yet.