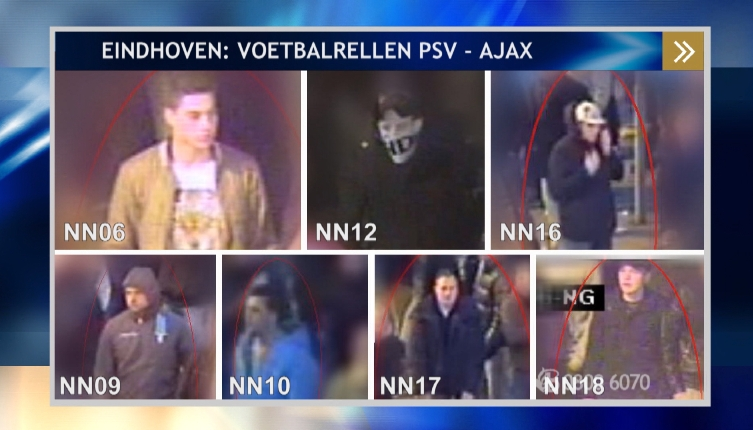 The police showed the pictures of the hooligans of the match PSV-Ajax for the third time.

After the game, on Sunday March 1, there were riots in town. The police also was the target of violence. Since then, the police tracked down and held several people for the last few weeks.

That happened as a result of showing pictures of the hooligans. On this basis, valuable tips came in. After that numerous people could be detained.